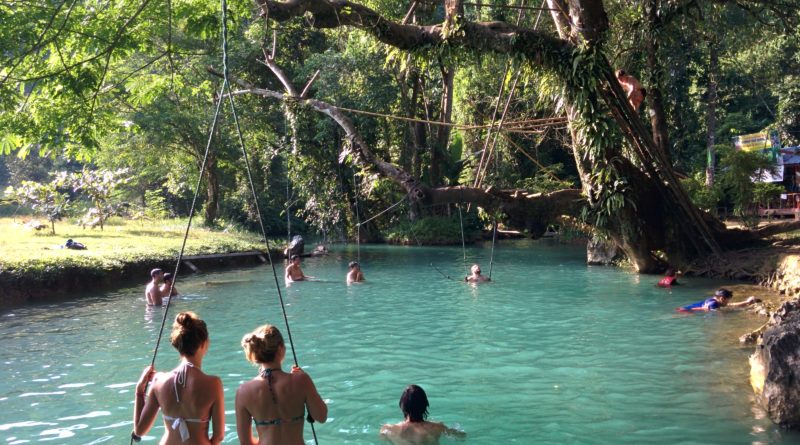 Foreign-owned tour agents, hotels and restaurants are unlikely to have serious negative impacts on local business operators in Vangvieng because they offer a variety of choices for foreign tourists from different regions, a district tourism official has said.

But people have recently been expressing concerns on social media about the possible closure of local operations in the tourist hotspot if local authorities don’t give them privileges.

“I have observed that a lot of foreign-owned hotels, restaurants and cafés are catering to customers from their own countries as they have strong links with travel agents there,” said an observer familiar with the local situation, who asked not to be named.

The man, who is closely connected to a business operator in Vangvieng, went on to say that many local businesses are unable to fulfil their potential because of the strong competition that exists between domestic and foreign enterprises.

“I’m afraid that local businesses will face a serious situation in terms of competing with foreign operators who have better marketing strategies and a broader business network,” he said.

“It’s not fair to say that foreign businesses force local operators to shut down because customers are free to choose their own place to stay and where to eat,” he said, adding that many foreign tourists prefer to eat food cooked by someone of their own nationality or region.

Mr Bounmy noted that all local and foreign owned hotels, guesthouses and restaurants offer their services to all visitors equally, regardless of nationality.

“However, I accept that there is a small negative impact on local owners of hotels, restaurants and guesthouses in terms of their ability to earn an income and the net profit earned by each business unit,” Mr Bounmy said.

He said Vangvieng district had a taskforce committee to handle inappropriate business activities and was keen to encourage more foreign visitors in the upcoming dry season.

“By the end of this year, we expect to see an increase in visitor numbers of 8 or 9 percent compared to the same period last year,” he added.

According to data from the Information, Culture and Tourism Office, Vangvieng district received about 500,000 visitors last year, with most coming from Asia, Europe and America.

The best time to visit Vangvieng is from October until the end of May when the Xong River is clear and the trekking walkways are dry.