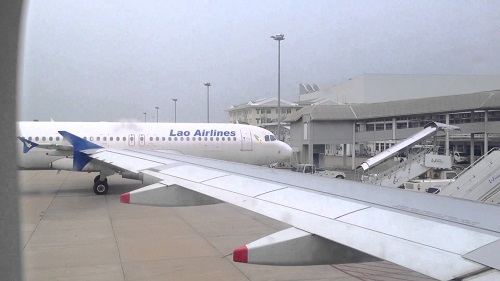 More overseas passenger flights are coming to Laos, which will further contribute to the growth of trade and tourism, according to an official in the sector.

A Department of Civil Aviation official, who asked not to be named, told Vientiane Times that many countries now operate direct flights to Laos, including some charter flights.

This included more flights from China. Previously, only China Eastern Airlines operated flights but they have been joined by Sichuan Airlines and Hainan Airlines.

“Many Chinese people are flying to several destinations in Laos, and tourist attractions in China are also proving popular with scores of Lao people as well,” he said.

The department official said Korea provides both scheduled and charter flights to Laos. Japan previously provided some charter passenger flights but these services have since ceased.

Airline seat quotas on flights between Vientiane and Bangkok have been increased in a bid to promote trade, investment and tourism between the two destinations.

Thai flights need to fill many seats each week with the quotas reportedly increasing to 14,500 seats.

According to a Bangkok Post report at the end of last year, under the new accord between Laos and Thailand, seats on flights between Vientiane and Bangkok would increase more than six-fold to 14,500 from 2,100.

On the route between Luang Prabang and Bangkok the number of seats will increase to 10,000 from 1,000. The Lao Department of Civil Aviation official noted there was no direct flight between Laos and Myanmar yet.

According to the Ministry of Information, Culture and Tourism, visitor arrivals in Laos were expected to reach 4.3 million by the end of last year, representing an increase of 4 percent over 2015.

Thai Embassy In Vientiane Issues Warning To Visa Runners
High-Speed Rail On Track To Connect Vientiane To The Region
Share This Post: