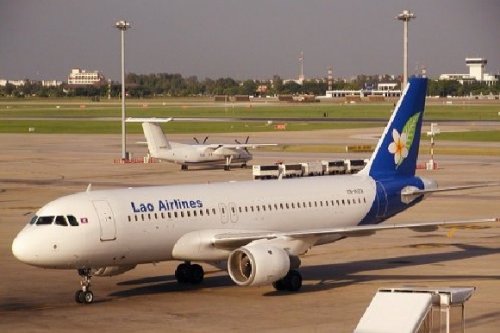 Laos has developed four major airports to Asean standards, which will provide linkages or hubs in the region for air transport and transit services, and facilitate regional production networks, trade and investment, and tourism.

The government has selected airports in Vientiane and the provinces of Luang Prabang, Savannakhet and Champassak as Asean airports.

“These four have been selected because they meet international standards and Asean requirements,” Director General of the Ministry of Public Works and Transport’s Civil Aviation Department Department, Mr Yakua Lopangkao, said on Wednesday.

“Under the agreement made with other Asean nations, Asean airports must be located in cities,” Mr Yakua said. “And they must meet international standards otherwise foreign aircraft will not land in Laos.”

While Luang Prabang and Pakxe airports cannot accommodate aircraft of this size, they can handle aircraft that have up to 170 seats.

Savannakhet airport cannot accept aircraft larger than the ATR-72 or that have more than 70 seats. The government plans to build a larger airport in Savannakhet, “but we still lack financial support and have only finished an initial study for the project,” Mr Yakua said.

The four airports can handle aircraft from other Asean countries and nations such as China. Many Asean countries use ATR aircraft and are “located close together so we are not far apart,” Mr Yakua added.

Laos has 12 airports including four nominated as acceptable within Asean that can provide services of international standard. The other airports are only used for domestic flights.

The Asean airport scheme is part of preparations for Asean connectivity, including the Asean single aviation market. Asean will implement its Open Skies policy in late 2015.

Open Skies will be an important component of the overall economic integration of Asean, since transport links are critical to bringing down barriers to trade, and facilitating change.

Asean Open Skies will allow carriers from member states to fly freely only within the region while excluding ‘seventh freedom’ rights, which allows airlines to carry passengers or cargo between two foreign countries without any continuing service to their home countries.

As with air transport liberalisation measures already in place in Europe, Asean Open Skies lifts restrictions on international route rights, the number of designated airlines, capacity, frequencies, and types of aircraft. It calls for pricing to be determined by market forces, a fair opportunity to compete, and cooperative marketing arrangements.