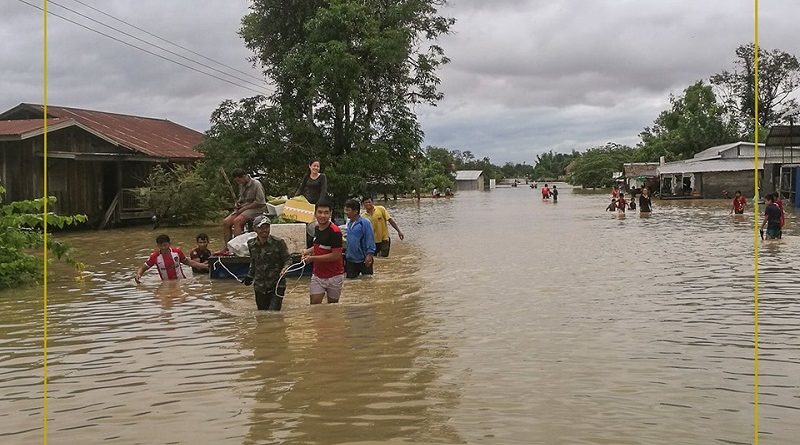 The Ministry of Labour and Social Welfare reported at a government meeting today that two people have died in the flood-hit south and two people are missing. A total of 54,207 people are said to be affected by the floods.

The report said storms that had passed over Laos since the end July had caused heavy rain across the country but six provinces in central and southern Laos have been particularly hard hit, namely Khammuan, Savannakhet, Attapeu, Saravan, Champassak and Xekong.

People affected by the floods have posted information and photos on social media but some of the information is untrue which has given rise to misunderstanding.

The Mass Media Department under the Ministry of Information, Culture and Tourism advises all internet users to carefully consider posts before sharing them, adding a comment or indicating a like.

The government has ordered the ministries concerned to assist the six provinces in need and to cooperate with local authorities and rescue teams to help those in need.