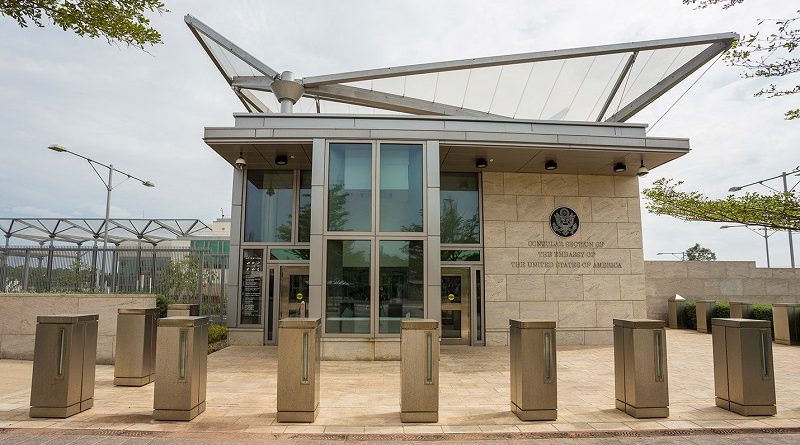 The Trump administration has suspended the issuing of visas to citizens of the Southeast Asian countries of Myanmar and Laos, following both governments’ refusal to take back citizens who had been ordered deported from the U.S.

The Department of Homeland Security announced Tuesday afternoon it had ordered the State Department to sanction visas for Myanmar — formerly Burma — and Laos because those countries “have denied or unreasonably delayed accepting their nationals ordered removed.”

DHS said State officials made “diplomatic communications at the highest level of government” in the two countries before resorting to sanctioning them.

On Monday, State Sec. Mike Pompeo instructed U.S. consular officers based in those two nations to impose visa restrictions on certain categories of applicants. These restrictions will be determined on a country-by-country basis.

“As of July 9, 2018, the U.S. Embassy in Rangoon, Burma has discontinued the issuance of all B1 and B2 nonimmigrant visas for current officials at the Director General level and above from the Burmese Ministries of Labor, Immigration, and Population (MOLIP) and Home Affairs (MOHA), and their immediate family members, with limited exceptions,” the DHS Office of Public Affairs stated in a press release.

“As of July 9, 2018, the U.S. Embassy in Vientiane, Laos, has discontinued the issuance of all B1, B2, and B1/B2 nonimmigrant visas for current officials at the Director General level and above from the Lao Ministry of Public Security (MPS) as well as their immediate families; and all A3 and G5 nonimmigrant visas to individuals employed by Lao government officials, with limited exceptions,” DHS wrote.

If the countries continue not to cooperate with the U.S., the State Department will expand the visa sanctions to additional visa groups in that country. Pompeo will wait to lift sanctions until DHS Sec. Kirstjen Nielsen confirms each one is cooperating with U.S. Immigration and Customs Enforcement, which handles individuals waiting to be deported.

Countries accepting back citizens must issue travel documents for those being repatriated before the U.S. can deport them. In Laos and Myanmar’s cases, the governments refused to supply ICE with those documents.

Due to the Supreme Court decision on Zadvydas v. Davis, ICE must release people in its custody after six months if a person does not have a pathway toward being deported.

While a presidential candidate, President Trump promised to take more action to get countries to take back people the U.S. sought to deport. A dozen countries that had fought the change are now working with the U.S. government to take back their citizens.

In September, the administration announced visa sanctions on Guinea, Sierra Leone, Eritrea, and Cambodia for the same reason.

As of July, nine countries remain uncooperative. There are still sanctions on Cambodia, Eritrea, Guinea, and Sierra Leone.

The Flora Of Laos
Private Quarantine Facilities At Own Cost Offered To Returning Foreigners: Thailand
Share This Post: