Laos often gets short shrift compared to its heavily traveled neighbors. Thailand, the undisputed tourism champ in the region, sees almost 10 times more foreign visitors than Laos. Even sleepy Myanmar, closed off for decades, will see visitor numbers surge past those of Laos if trends continue.

As the perennially ignored Southeast Asian destination, Laos is in pole position to surprise most any traveler to the region with its many attractions, from isolated beaches to wildlife-filled forests. Here are 5 of the top things you’ll find on a visit to one of Southeast Asia’s last frontiers. 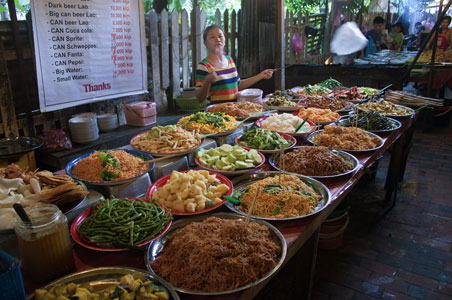 Laos’ native cuisine happily marries ingredients and techniques from neighboring heavyweights, Vietnam and Thailand. Lao dishes come fresh and they come spicy, so anyone with a chili craving is bound to be satisfied. Beyond local fare, Laos is experiencing something of a foreign food boom. Bangkok, Phnom Penh, and Hanoi are difficult and saturated markets, and so Vientiane stands out as an opportunity for would-be restaurateurs. Great French food abounds, a relic of colonial times. Other restos are blooming like spring flowers. The recently opened Pimenton Restaurant serves authentic Spanish tapas and sublime steaks in a chic setting in downtown Vientiane. Up north in Luang Prabang, Tamarind restaurant and cooking school offers edifying insight into the nuts and bolts of traditional Lao cuisine. Laos’ days as a provincial gastronomic backwater are well and truly over. 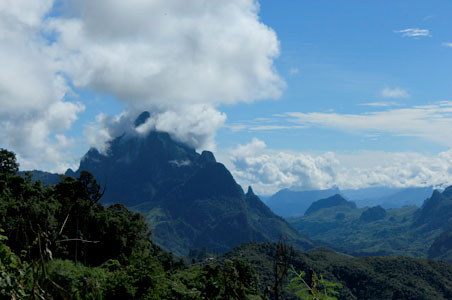 The true extent of the biodiversity in Laos is unknown to the point that scientists discovered a new species of flying mammal in 2012. This isn’t all that surprising. Laos’ forests, despite suffering severe degradation over the last several decades (forest cover declined almost 10% in the last 20 years) still cover huge swathes of the country. Much of it remains largely unexplored. And while a monotonous steamy jungle might hold little appeal, this forest hangs among the undulating foggy mountains of northern Laos and the astonishing karst formations near the center of the country. The 100 Waterfalls Trek provides a short introduction to the wonders Laos has to offer. For longer treks, Symbiosis Custom Travel and ZiZ Asia provide package and custom tours that will see you skirt the genuinely unexplored areas of the country. 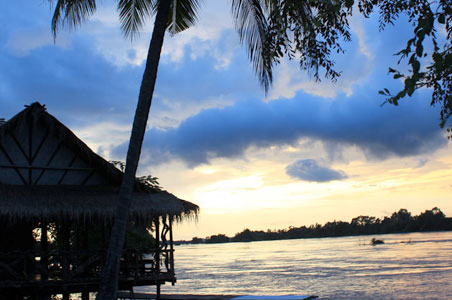 The oft-touted “backronym” for Lao PDR is Lao “Please Don’t Rush.” Rapid economic progress is currently digging its spurs into the population, but the Lao people remain stubbornly unhurried. This pace informs bus schedules, opening hours, and every other aspect of a traveler’s itinerary from one end of the country to the other. Take advantage of the laid-back vibe on the country’s beaches. Laos’ Si Phan Don (a Mekong River archipelago with thousands of tiny Islands) offers a crash course in chilling out. Watch the Mekong tumble into Cambodia from your balcony hammock, drink in hand. Feel your heart rate drop and your blood pressure decrease as you succumb to the wisdom of Lao sedateness. 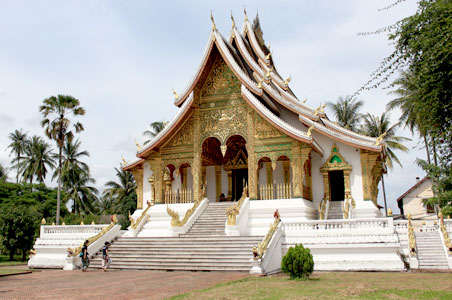 Laos has been a staging area for imperial ambitions from the 12th-century Khmers to the anti-communist efforts of the United States in the late 20th century. The country also boasts some 160 ethnic groups, who hearken back to a time when there were many, many more across this part of the continent. The Khmer-built Wat Phu in Champasak is highly reminiscent of Angkor Wat. The entire city of Luang Prabang is a World Heritage Site, the erstwhile seat of the Kingdom of Lan Xang. Going back even further in time, the Plain of Jars dates back to the Iron Age, some 2,000 years ago, and provides insight into the prehistory of all of Southeast Asia. Not all relics are so valued, though. The American secret bombing campaign during the Vietnam war has left millions of unexploded bombs throughout the country. The COPE Center in Vientiane provides a look into the history and dangers of this unwanted legacy. 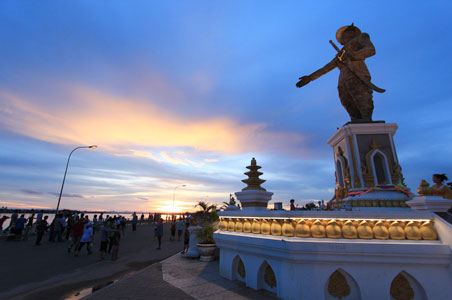 When the day’s light is dimming, you’ll find the Lao out in force. This is the best time to indulge in the delicious beer, Beerlao, and you’ll find many Lao gathered on tiny plastic stools drinking the ubiquitous beverage over ice. Linger for a moment and chances are you’ll be invited to join—the Lao are not called “Asia’s friendliest people” for nothing. Since most folks in Laos have settled along the Mekong and its tributaries, the riverbank is the natural choice setting for the best daily light show on the planet, and a great place to watch the day flow into night.

Visit Year To Revive Lao Tourism
After 3-year Hiatus, The Lao Elephant Festival is to be Held in February
Share This Post: