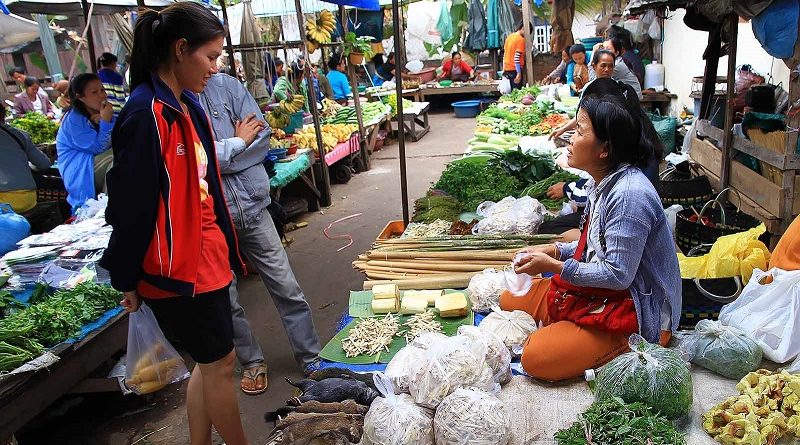 Lao economic growth will remain moderate in 2019 and 2020, as expansion in the industry and services sectors softened in the first half of 2019 due to fewer international visitor arrivals, according to a new Asian Development Bank (ADB) forecast.

Additionally, the near stagnation in electricity exports and generation despite a slight recovery in the agriculture sector was a cause for weak growth.

According to an update of its flagship annual economic publication, Asian Development Outlook (ADO) 2019, ADB projects the Lao economy to grow by 6.2 percent in 2019 and 2020, slightly lower than its April forecast of 6.5 percent for 2019 and 2020.

Speaking at yesterday’s launch of Asian Development Outlook Update 2019, ADB Public Management Specialist for the Lao PDR, Mr Rattanatay Luanglatbandith said the slightly lower forecast for growth of 6.2 percent for the remaining four months is due to the direct impacts of natural disasters, including drought and flooding.

“Also, the tight fiscal condition, as the Lao PDR’s public debt remains high, and holds back the government’s spending and investment in the country,” he said.

In the first four months of 2019, merchandise exports increased slightly in US dollar terms, compared with the same period in 2018 as electricity exports grew only at 2.3 percent, which is much slower than 7.0 percent a year earlier.

This indicates a slowdown in industrial growth in the first half of the year and a deepened contraction in mining output.

Meanwhile, growth in tourism, a proxy for the services sector, softened as international tourist arrivals slowed from 6.1 percent in the first half of 2018 to 5.0 percent in the same period this year.

The Lao kip appears to be overvalued, considering the significant premium over the official exchange rate paid in the open market for hard currency.

Inflation is now forecast to be around 2.3 percent in 2019 and 2020, slightly higher than the 2.0 percent projection in April this year because of continued pressure on food prices and local currency depreciation.

Monetary and credit conditions remain tight in the country as both grew by 3.9 percent and 3.1 percent, respectively, in the first quarter of 2019.

Despite Laos’ expected improvement in the current account deficit, the forecast for gross international reserves is to remain below US$1 billion until December 2019, covering only a month of imports, making the nation’s position vulnerable to external financial shocks, according to ABD.

ADB is committed to achieving a prosperous, inclusive, resilient, and sustainable Asia and the Pacific while sustaining its efforts to eradicate extreme poverty. In 2018, it made commitments of new loans and grants amounting to US$21.6 billion.

In the near future, the bank will approve a total of US$140 million in funds for the Lao government to fund socio-economic development projects, a senior ADB officer revealed at the conference. ADB Positive About Growth Of Lao Economy Despite Covid-19 Crisis