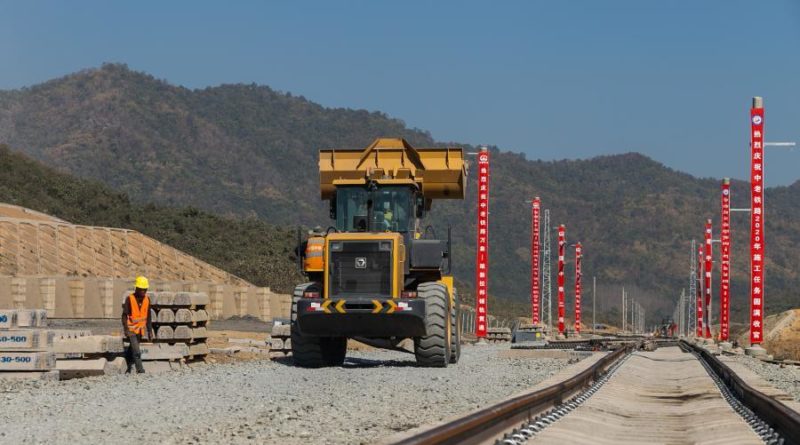 The China-Laos railway tracks have successfully extended from Lao capital Vientiane to northern Laos’ transport hub Luang Prabang on Tuesday, thus accomplishing all the construction targets set at the beginning of 2020.

With the implementation of anti-epidemic “green customs clearance”, the needed Chinese engineers and materials have been continuously sent to the construction site to ensure construction pace, and the railway construction targets set at the beginning of this year have all been achieved, said Ju.

Since the track laying began on March 27, the China-Laos Railway has installed 240 kilometers rails from Vientiane, the capital of Laos, to Luang Prabang, which accounting for 57 percent of the total length.

So far, the 75 railway tunnels, 164 bridges and the subgrades have basically been completed, and all the station buildings have been capped, while the railway operation’s preparations have been accelerated, according to Ju’s introduction.

The 422-km China-Laos railway will run from Boten border gate in northern Laos, bordering China, to Vientiane with an operating speed of 160 km per hour.