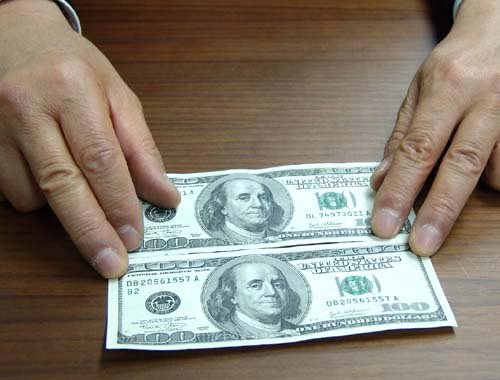 Two young women from New Zealand narrowly escaped spending three months in a Thai prison after they were found in possession of counterfeit American dollars.

Casey Hanson, 21, and her friend Megan Taylor, 24, cut short their four-week holiday in Southeast Asia with four other friends last Tuesday and left Thailand immediately. Hanson, who is based in Sydney, returned to her parents’ home in West Melton on Saturday, while Taylor headed to Canada, but it could have been a different story as they had been within “an inch of going to jail for 84 days” to await a first court appearance for trying to use the fake currency.

Hanson said the group withdrew US$1000 (NZ$1135) at Vientiane International Airport in Laos on June 30 and US$300 of that was changed into kip, the local currency. The group spent seven days in the country before travelling to Bangkok where Hanson and Taylor exchanged US$100 into Thai baht before heading to a mall to exchange a further US$500. At the mall, red flags were raised about the authenticity of their cash.

“When we arrived at the police station they searched us completely and took our mug shots . . . at that stage I didn’t think it was that serious and just all part of the process when this happened,” Hanson said.

Taylor’s bag was searched at their hotel and the New Zealand Embassy was called in with a translator.

After six nervous hours the situation escalated when they were handed a list of lawyers and told it was very likely they would both be in jail for 84 days before a first court appearance.

“It was freaky as. Me and Megan were in hysterics. We thought we were going to jail and it wasn’t until five hours later that we could contact our families and tell them what was happening. We were told the police believed us but that the bank wanted us locked up.”

Hanson’s mother, Jude, said stories of other foreigners locked up in Thailand were running through her head as she awaited a decision.

Hanson said eight hours had passed before the embassy official told them they were free to go but had been within “an inch of jail”. He advised them to leave the country, which they did.

Hanson said the cash “seemed legit”, but differences in the watermarks could be seen when the notes were held up to the light. “I can’t believe this has happened. Being an international airport and the only exchange, you wouldn’t expect this.”

A Ministry of Foreign Affairs and Trade spokesman said the women were the only Kiwis caught in an incident like this in Thailand this year.

“We recommend New Zealand citizens always exchange money at authorised outlets such as banks. In advance of travelling, we suggest New Zealanders discuss with their bank or credit card company their recommendations for financial transactions in individual locations.”