A Lao Airlines plane from Vientiane crashed just before landing at Pakse airport on Wednesday, killing all 49 people onboard.

The ART twin-turbo plane flight QV301 crashed into the Mekong River as it was coming in to land at the airport in Champassak province in southern Laos due to bad weather.

The plane left Wattay airport in Vientiane at 2.45pm and crashed at 4pm, officials said. According to The Nation, a well-informed source said the aviation control tower at Pakse Airport recommended the pilots not land at the airport because of the poor visibility caused by Typhoon Nari. The storm has brought severe weather to Thailand, Laos and Vietnam.

Despite the warning, the pilots insisted on attempting to land, but failed to do so because strong winds buffeted the aircraft. The pilots tried to raise the nose of the aircraft but were blown off course and crashed into a rocky island in the middle of the Mekong River about eight kilometres from the airport.

The aircraft broke into two parts on impact and sank into the river in Ponethong district of Champasak, which is opposite Thailand’s Ubon Ratchathani province.

A passenger manifest faxed by the airline listed 44 people: 17 Lao, seven French, five Australians, five Thais, three Koreans, three Vietnamese and one person each from China, Malaysia, Taiwan and the United States. Korean, French and Thai officials confirmed the totals for their nationalities. 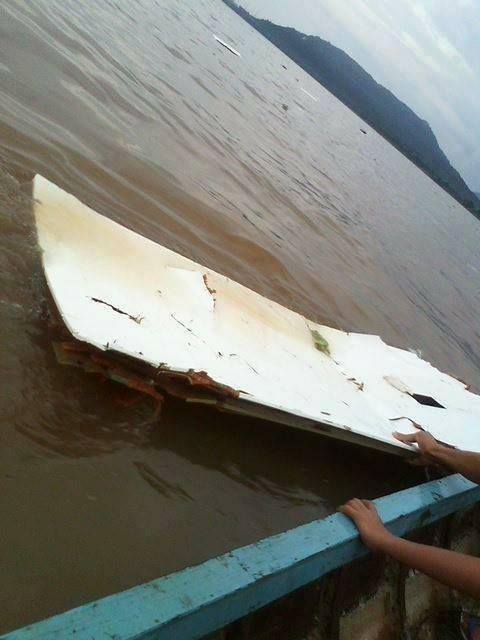 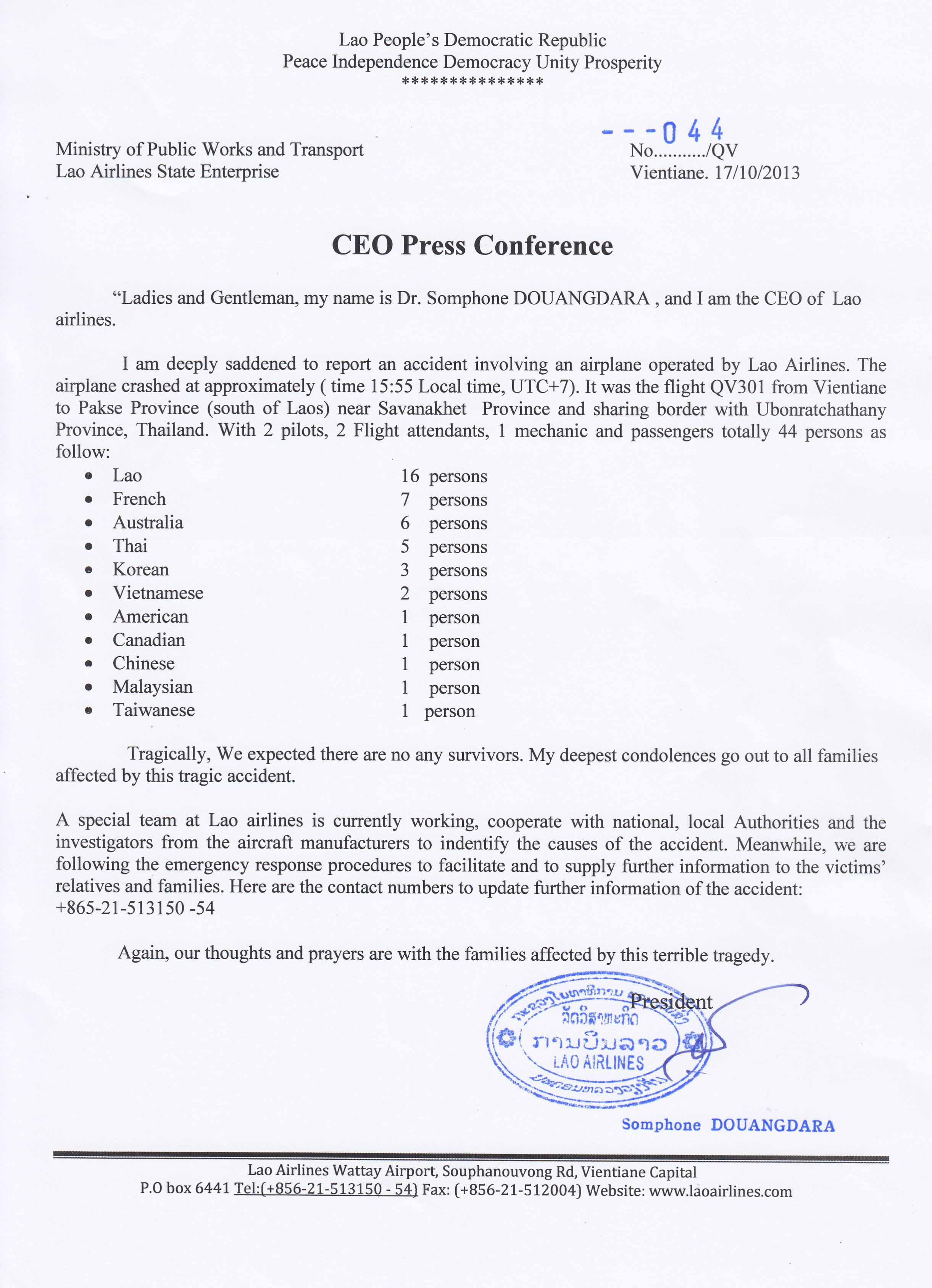