Some young Lao women are reportedly being sold as brides in China, while about 72 per cent of trafficked children are girls under 18, according to a recent joint report by the government and the United Nations.

Laos is primarily a source country for victims of trafficking and, to a much lesser extent, a transit and destination country. The government investigated 49 cases and convicted 37 offenders in 2012, compared with 20 cases investigated and 33 convictions in 2010.

The details show that most of the cases involve children and young people who are often migrant workers seeking better opportunities outside the country.

The report named the main destination countries as Thailand, Malaysia and China. Young women and girls from Laos may end up being forced into Thailand’s commercial sex trade or placed in domestic service, garment factories or agricultural work.

Lao men are sometimes also victims of trafficking, being forced to work in Thailand’s fishing or construction industries.

Trafficking victims are mainly from rural areas, but not from the most remote areas or from situations of severe poverty. They are predominately from the Lao Tai ethnic group and live in the lowland regions of Laos.

During this period, 362 female victims received rehabilitation, medical care and vocational training in Laos, 216 of whom were girls under the age of 18.

There are likely to be other unreported cases of victims of trafficking returning to Laos. Protection procedures for such returnees, especially those coming back from Thailand, need to be strengthened, according to the report.

Laos has adopted several laws and regulations to prevent and combat human trafficking and assist its victims.

The Law on the Development and Protection of Women (2004) includes provisions on the prevention of the trafficking of women and children, the rights of victims, the obligations of society, the prosecution of offenders, and assistance for victims.

All forms of trafficking in human beings are prohibited under Article 134 of the Penal Code, revised in 2006.

The Law on the Protection of the Rights and Interests of Children (2006) also provides for protection and assistance from exploitation and stipulates the applicable sentence for trafficking in children.

The central mechanism in Laos for responding to the trafficking of human beings is the National Steering Committee on Human Trafficking, established by a Prime

Ministerial decision on September 8, 2008. This coordinates with provincial Anti-Human Trafficking Divisions and district networks, international organisations and neighbouring countries to combat the problem.

Laos endorsed the Asean Declaration against Human Trafficking in Persons, Particularly in Women and Children at the 10th Asean Summit Meeting held in Vientiane in 2004, the report said. 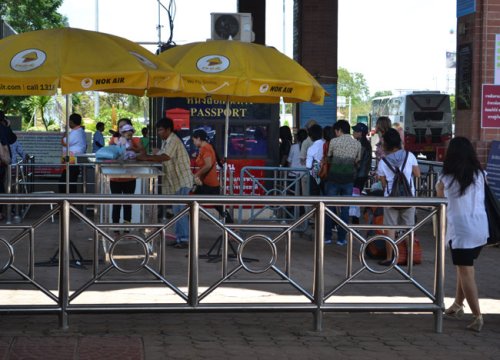 Laos Cracks Down on Trafficking on Border With Thailand