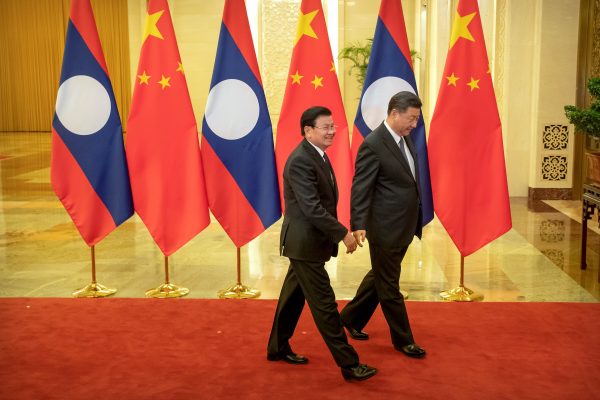 On 23 September the Fitch Ratings agency downgraded Laos’ credit rating to CCC — the second downgrade in 2020, having dropped to B- in May. Much of the blame lies with COVID-19, which has seen Laos’ economic growth drop from 5.5 per cent in 2019 to a projected 0.5 per cent for 2020. This represents the country’s slowest economic growth recorded since 1990.

But while COVID-19 represents a clear and pronounced shock, credit ratings are not determined solely on the grounds of economic growth. ‘Inadequate’ foreign exchange reserves, a widening current account deficit, contingent liabilities from public–private partnerships, poor governance — including weak institutional capacity and corruption controls — and constrained political freedoms that limit accountability have all contributed.

Drawn together, these forces have led to a ballooning external debt profile. According to Fitch, Laos owes around US$500 million in debt repayments for the remainder of this year, with a further US$1.1 billion required annually until 2024. Net external debt is projected to exceed 85 per cent of GDP in 2020, while publicly guaranteed debt equates to almost 65 per cent of GDP.

Debt alone does not produce a CCC credit rating — Japan has the world’s highest national debt, at approximately 237 per cent of GDP, but maintains an A rating. Still, Laos’ debt challenge is deeply concerning, with some media commentators suggesting the country is falling into a debt trap as a result of Chinese infrastructure investments connected to the Belt and Road Initiative (BRI).

Almost half of Laos’ total public debt is held by China, with a US$5.9 billion loan for the Vientiane–Boten high speed rail project and Chinese-funded hydropower development figuring prominently in this figure. The high speed railway is the largest and most expensive megaproject ever built in Laos. Although the financial viability of such high-cost projects has long been questioned, the effects of COVID-19 have added new uncertainty.

As Laos’ capacity to attract funding for such ‘high risk’ and contentious projects declines, the government has turned predominantly to China for credit. It has avoided financing options like the G20’s Debt Service Suspension Initiative and the IMF’s pandemic-related Rapid Credit Facility in favour of further Chinese lending. It is not clear why Laos has taken this approach.

The Chinese state-owned company China Southern Power Grid will soon take a controlling stake in Laos’ national power grid by entering into a partnership with the state-owned electricity company, Electricite du Laos (EDL). EDL has outstanding debts of around US$5 billion, so the foreign investment proposed in the takeover will go some way to ameliorate Laos’ total debt burden. Nonetheless, this partnership does draw Laos further into China’s orbit; Laos represents a key overland entry point between China and Southeast Asia and has a wealth of natural resources that China is extracting for its own economic growth.

Recognising this, there has been debate about whether Laos’ debt challenge is an instance of the so-called ‘debt-trap diplomacy’ linked to China’s BRI, or if it is simply the result of more idiosyncratic combinations of poor policy and the COVID-19 shock.

The answer is both: it was poor policy decisions and high-risk bets that made Laos so vulnerable to the economic effects of COVID-19. But China’s willingness to finance megaprojects of questionable economic feasibility contributes to Laos’ precarious debt burden. The resulting debt dependency puts Laos and China in a difficult position.

Some commentators have rightfully criticised the careless and politically motivated manner in which accusations of ‘debt-trap diplomacy’ have been levelled at China. Unsustainable debt presents difficulties for both borrowers and lenders, including defaults and damaged relationships.

In many instances it is smaller, financially weaker countries that seek out Chinese funding, rather than China actively ‘selling’ loans to entrap states. And indeed, Laos actively seeks China’s support to pursue its national infrastructure development priorities. Yet one of debt’s core functions — regardless of who the lender is — is to establish borrower dependency.

Whether Beijing has actively sought to make Laos strategically beholden to unrepayable loans, or COVID-19 and poor fiscal policy are primarily to blame, the outcome is the same: Laos is becoming increasingly dependent on Chinese loans to keep its economy afloat.

Kearrin Sims is a research fellow of the Cairns Institute and a lecturer of development studies at James Cook University, Cairns.