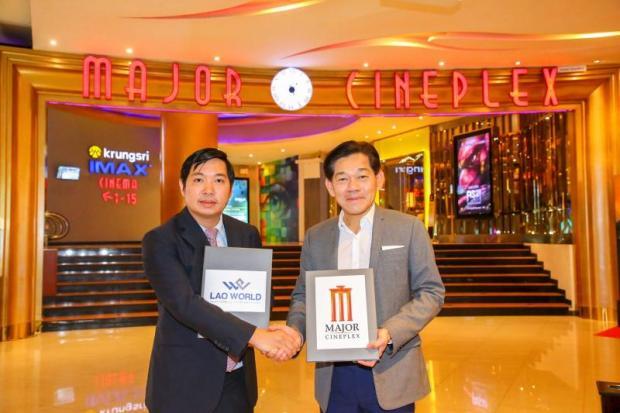 SET-listed Major Cineplex Group Plc, the operator of the country’s largest cinema chain, has clinched a deal with TK Group in Laos to open its newest cinema abroad, strengthening its position as a regional cinema chain operator.

Mr Vicha said TK Group is the biggest provider in the Lao theatre sector. Major is reassured from the success of two previous branches in Vientiane Center and Friendship Mall Pakse.

The new location at ITECC Mall has more than 2,500 square metres of space and is expected to attract locals, projected to be one of the revenue drivers in the near future.

The planned theatre will be fully furnished with four digital screens and 900 compact seats and is expected to open by October this year.

In 2017, Major generated 10 billion baht in revenue, of which 5 billion came from movie ticket sales. The remaining 5 billion baht was generated from snacks, drinks, advertising and event roadshows.

Major Cineplex Group believes its ad sales revenue will be driven by 330 high-quality movies scheduled to be released this year. Of the total, 195 are Hollywood films, 80 are Asian films and the rest are Thai films.

Major Cineplex has six international branches with 33 total screens, including four branches in Cambodia with 24 screens and two branches in Laos with nine screens.

After launching the ITECC Mall branch in October, the company will have 38 screens in total. Laos Goes To The Movies