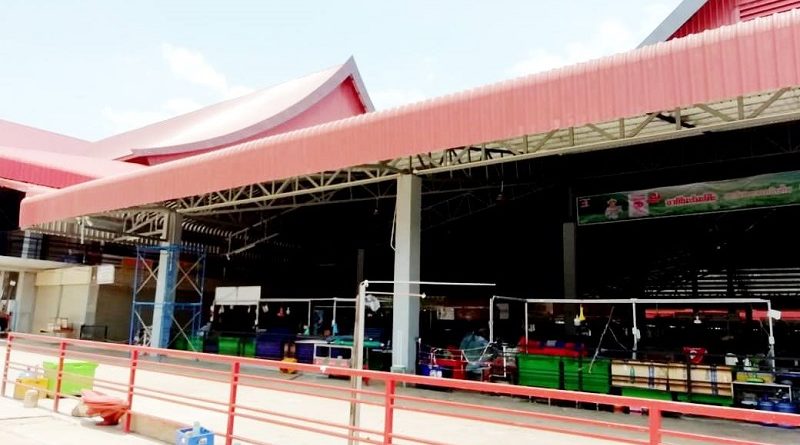 The government is keeping a close watch on Vientiane’s markets and is taking steps to reduce the risk of the Covid-19 virus spreading after it was found that several infected people had visited markets.

The Vientiane Industry and Commerce Department has directed the relevant sectors to team up with local authorities to temporarily close some markets so they can be cleaned and disinfected.

The markets concerned have been named as Nonkhor, Huakhua, Dongchong, Haykham, Thongpong, Lao Aussie, Phontong-Chommany and Sivilay, which will be closed temporarily to help curb the spread of the virus in local communities.

Some of these markets are the largest wholesale outlets in Vientiane and sell consumer goods and agricultural produce.

Other markets near the National University of Laos have also been closed in the past few days after it was learnt that people with the virus had previously visited them.

The markets’ link with the virus has made people reluctant to shop at them and vendors have struggled to sell their produce.

This has had a knock-on effect on vegetable growers who are now unable to sell the same amount of produce as before, while the sale price may drop because fewer market vendors are doing business.

To save money and cut costs, many families are growing their own vegetables for daily consumption, while some people are foraging for food.

According to the industry and commerce sector, all markets should operate in strict compliance with the measures laid down by the Covid-19 taskforce concerning temperature checks for vendors and shoppers, social distancing, and handwashing.

Despite the ongoing Covid-19 outbreak, the government says stocks of foodstuffs and consumer products are sufficient for at least two months.

The number of people testing positive for the virus is continuing to drop but there is still a risk of further outbreaks unless everyone follows the virus prevention measures, health officials say.

This means everyone should act responsibly and protect themselves against the virus by complying with the measures laid down by the Covid-19 taskforce and advice given by health officials and local authorities.