Xepon district in Savannakhet province and Toumlan district in Xekong province are the poorest districts in Laos with people living in extreme poverty, while pockets of poverty also exist in urban centres, according to a new report.

The Lao Statistics Bureau released the report yesterday, titled: Where Are the Poor? Its findings make up the National 2015 Census-Based Poverty Map: Province and District Level Results.

An expert from the bureau, Mr VilaysoukSisoulath, introduced the report at a seminar taking place in Vientiane from June 27-29 to mark National Statistics Day on June 30.

“Poverty is widespread in mountainous areas along the border that the country shares with Vietnam, while Savannakhet and Saravan provinces have more poor districts than other provinces,” he said.

Huaphan and Borikhamxay provinces also have many poor districts, but not as many as Savannakhet and Saravan, he added.

The report documents the construction of and presents the main results from a poverty map of Laos based on the 2012/13 Lao Expenditure and Consumption Survey (LECS-5) and the 2015 Population and Housing Census.

Mr Vilaysouk noted the difference between the latest report and the LECS-5, saying the LECS analyses and indicates poverty at the provincial level, while the newly created report provides more detailed information.

He said the new survey focused on two main indicators: people’s expenditure on food (converting the calories they receive daily to money), and non-food expenditure, on which the poverty line was based.

Vientiane’s Chanthabouly district has the smallest number of poor people, who represent 5 percent of its residents. Xaysettha district in Attapeu province has the lowest rate of poverty among the southern provinces, with 12.9 percent of its population classified as poor.

Borikhamxay province’s Pakxan district has 8 percent of its population living below the poverty line, while the poverty rate in the province’s Xaychamphone district is 64 percent.

“There are deep differences within the country, and between provinces,” Mr Vilaysouk said.

The map shows that Vientiane and the provinces of Savannakhet, Saravan and Champassak have the highest concentrations of poor families.

“There are more poor people in provinces that are more densely populated, and poverty is found even in urban areas,” Mr Vilaysouk said.

Thai Immigration Crackdown On Illegal Migrants Flowing Back Into The Country
Water Recedes In Rivers As Dry Season Bites
Share This Post: 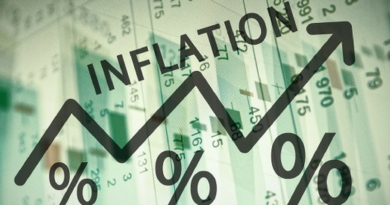