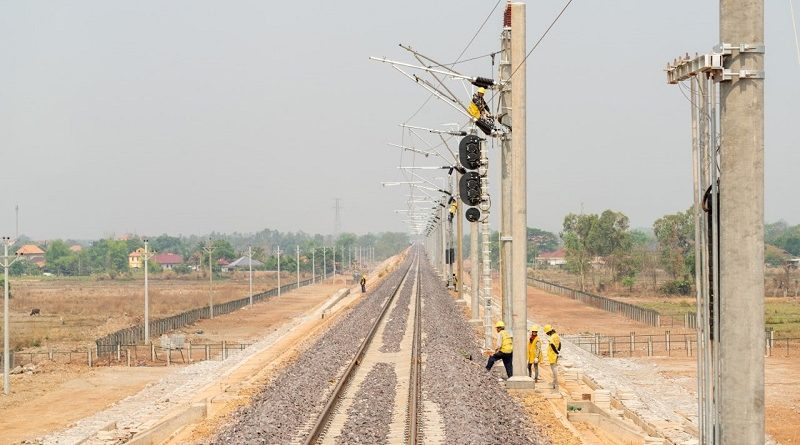 The Laos-China Railway Power Supply Project has been completed on schedule, paving the way for the planned operation of the railway in December.

The power supply project saw all 20 circuits of its transmission lines linked up and all 11 bays of the 10 substations commissioned,

The project passed acceptance tests by the Ministry of Energy and Mines, Electricite Du Laos (EDL), and the Laos-China Power Investment Company. Along with the railway itself, installation of the power supply took place in the provinces of Luang Namtha, Oudomxay, Luang Prabang and Vientiane, and the capital Vientiane.

The railway is a key project for promoting infrastructure connectivity between Laos and China. The power supply project is the first Build-Operate-Transfer grid project in Laos and the power provider for the commissioning and service of the railway.

Upon full installation of the power supply, China Southern Power Grid will work with the Laos-China Railway Company and EDL to integrate the traction substations into the national grid, thus ensuring power supply for live line commissioning and operation.

The on-schedule completion of the project contributes to the China-Laos Community of a Shared Future and marks the 60th anniversary of the establishment of diplomatic ties and the China-Laos Friendship Year.

The railway begins at the Mohan-Boten Crossing on the China-Laos border in the north and ends in Vientiane in the south. It has a total length of 414 kilometres and can carry trains at a top speed of 160 km/h. The railway, whose construction began in December 2016, is expected to start service at the end of 2021. Installation of the power supply began on December 30, 2019, and will supply power from EDL’s grid to 10 traction substations.

The Shareholder Agreement, signed in April 2019 and witnessed by the top leadership of China and Laos, stated that the project would be invested, constructed and operated in a BOT mode by the Laos-China Power Investment Company, a joint venture between China Southern Power Grid and EDL.