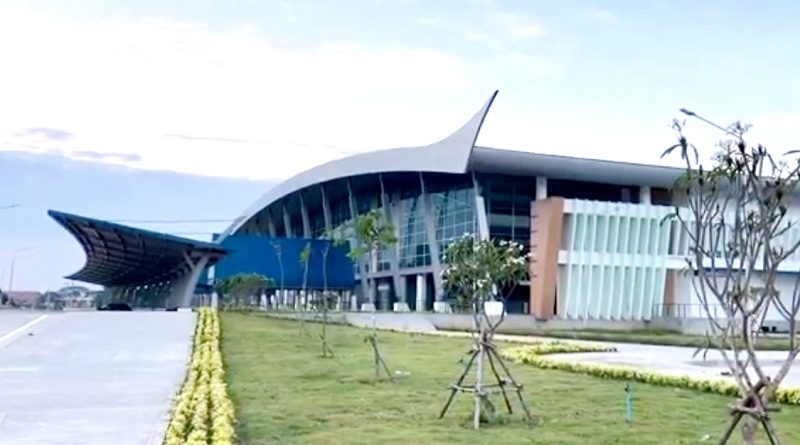 Phase II of the Lao-Thai Railway Construction Project (Section II) is now almost complete after the project is delayed to open but the project is scheduled for full completion and open for public at the end of this year.

Vientiane Station or Khamsavath station of the Phase II of the Lao-Thai Railway Construction Project is  located in Khamsavath village, Xaysettha district, with the goal of improving regional logistics services.

According to originally scheduled for completion by the end of 2021, but the Khamsavath Station project has been delays.

An official in charge told Vientiane Times on Wednesday that the project is now 99.37 percent completed.
“The project is expected to open for public use in the end of this year or beginning of 2023” he said.

The Phase II of the project comprises a 7.5km extension of the railway from the Thanalaeng station at the Thai border to the Vientiane station.
This section will cost 994.7 million baht (about 235.6 billion kip), of which 30 percent is a grant and 70 percent a low interest loan from Thailand’s Neighbouring Countries Economic Development Cooperation Agency (NEDA).

Section II of the railway includes the construction of dormitories for staff, the station itself, track, and other components. Work began on October 1, 2019, and is set to finish in December 2021 according to original plan.

Phase II of the Lao-Thai Railway Construction Project (Section I) opened for service in 2017 after the project began in September 2013.
Section I comprises a siding track at Thanalaeng Station, 5,800 metres of railway mainline extension from Thanalaeng station to a container yard, and the upgrade of signalling and telecommunication systems from analogue to digital, allowing computer control.

Also completed was a 38,000 square metre container yard and more than 2,000 metres of concrete access roads, a 5,000 square metre warehouse, three floors of administration offices, a weighing entry gate and other amenities such as electricity and water supply, a fire prevention system, and waste management facility.
Phase I of the railway was completed in 2008 and officially opened for service in March 2009. It comprised a 3.5km railway line between Thanalaeng Station in Laos across the border to Nong Khai province in Thailand via the Lao-Thai Friendship Bridge. Work is also ongoing on the Laos-China railway to lay track and build the Southern Vientiane Station in Thanalaeng village, where it will link up to the Lao-Thai railway.

The Laos-China and Thai-Sino railways are part of a planned regional rail network to link China with Singapore through Laos, Thailand and Malaysia. The railway will enable an efficient logistics service in the region and internationally.