A new report has ranked Thailand as having the world’s deadliest roads.

The report, released by the World Atlas website, says there is more chance of people being killed on Thailand’s road than on the roads in places like Malawi, Iran, Rwanda and Lesotho.

The other countries that make up the top 10 include Democratic Republic of the Congo, United Republic of Tanzania, Central African Republic and Sao Tome and Principe. 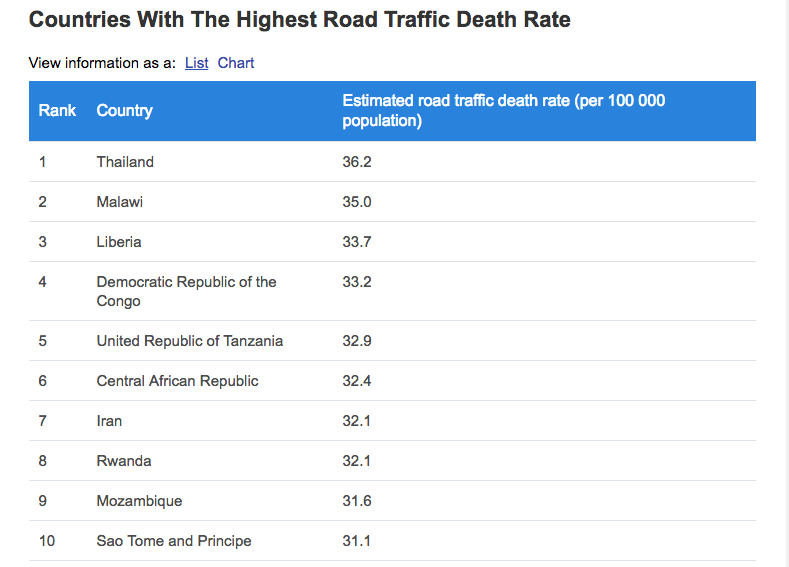 The report is the latest to highlight the carnage on Thailand’s roads.

The news comes after Thailand’s government vowed to invest in safety measures to help reduce the 20,000 deaths and estimated Bt500 billion in financial losses every year.

Under the measures, officials said they would crackdown on drink driving and people breaking the speed limit, The Nation reported. And children from kindergarten age will be taught about road safety.