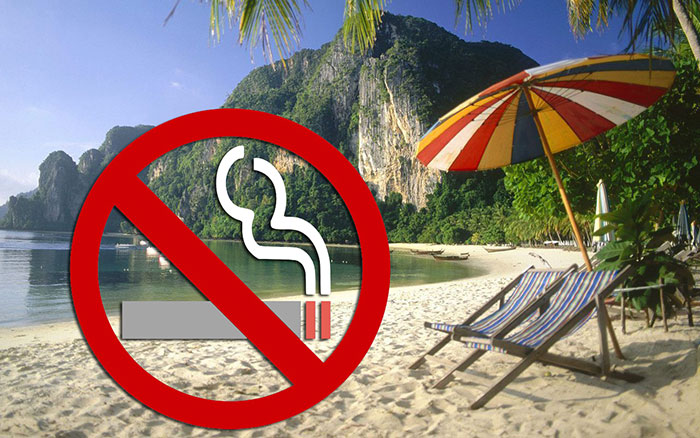 The Tourism Authority of Thailand is reminding travellers about its smoking ban in public areas, which aims to promote a safe, clean and smoke-free environment for all.

The ban was introduced in Thailand in 2014 for health reasons, and visitors should be aware that electronic cigarettes, shisha smoking and electronic shishas are also illegal. They should also bear in mind that there is a smoking ban on beaches across the country, which came into effect in November 2017 as part of the country’s sustainable tourism efforts.

The reason the tourism authority is reminding visitors is because there have been recent incidents of travellers who were unaware of the rules breaking the law and being faced with on-the-spot fines or being arrested.

Travellers are advised not to bring any electronic cigarettes or shishas with them, nor any item or equipment associated with e-cigarettes including the ‘juice’ used in the device. The Ministry of Tourism and Sports is advising travel agents or tour operators to ensure that their clients are aware of the ban, especially at airports, sports complexes and tourist attractions nationwide. Six airports operated and managed by the Airports of Thailand were declared no smoking zones from 3 February, with all smoking rooms inside the terminals closed.

Outdoor places where smoking is prohibited include exercise or sports training facilities, sporting venues or competitions of any kind, public parks, zoos, amusement parks, children’s playgrounds and markets. As a result of these measures, Thailand has become one of the world’s forerunners in the fight to ban smoking from almost all indoor public places, indoor workplaces and public transport.