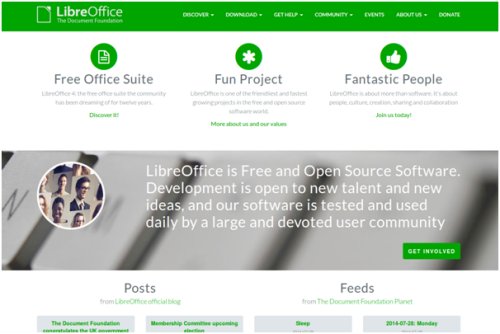 LibreOffice, an open source office suite, is getting ready to release the upcoming version 4.3, bringing many new improvements. A fork from OpenOffice, LibreOffice has been receiving a lot of publicity lately for the features and improvements that continue to be added to it, especially in the area of language support and translations.

One thing that you may not be aware of is that for some time now (since version 4.2), LibreOffice has native word detection support for Lao, a difficult feature to implement correctly. This allows for dynamic word-breaking, spell-check, and word count features in Lao that traditionally have not been possible with most office suites in the past without additional software. LaoScript, a software solution designed to help alleviate this problem, has helped fill in the gap with word breaking and a nice font, but has not solved the problem when it comes to other programs, as it mostly works with Microsoft Office. Microsoft Office is commonly sold at shops in pirated form, as most Lao people can’t afford the full version, and may not even know how to obtain it. In the past, there has not been a viable alternative to Microsoft Office due to the fact that Lao does not use spaces in the same way as many languages do. It acts more like a punctuation mark than a word separator. Thus, computers don’t know how to detect the difference between Lao words and phrases. With some new internationalization software, however, LibreOffice is now able to detect the words in the sections of text that have no spaces.

It’s not yet perfect, and like most open source software, relies on its users to provide the essential feedback and bug reports in order to make it better.

So, if you’d like to give it a try and see what you think, you can try out the office suite governments, agencies, and businesses around the world are using. LibreOffice is free and can be downloaded at www.libreoffice.org.

In order to configure it, there are a few steps you will have to take. You can read a basic guide at http://techlaos.blogspot.com/p/blog-page.html.

In the future, similar open source programs like Firefox will include this new feature.