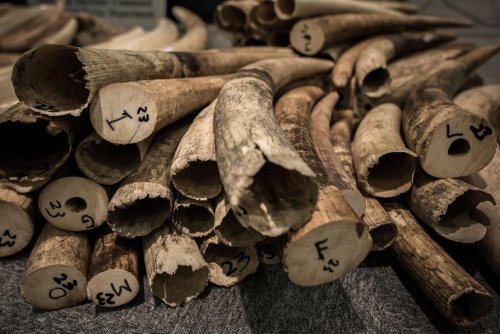 US Secretary of State John Kerry on Wednesday offered a $1 million reward to help smash a Laos-based poaching network slaughtering endangered elephants and rhinos for their precious horns and tusks.

The reward, the first of its kind by the State Department, targeted the Xaysavang network which operates from Laos as far afield as South Africa, Mozambique, Thailand, Malaysia, Vietnam, and China.

“The involvement of sophisticated transnational criminal organizations in wildlife trafficking perpetuates corruption, threatens the rule of law and border security in fragile regions,” Kerry said in a statement.

He estimated that annual profits from wildlife trafficking reached as much as $8 billion to $10 billion, and were then pumped into other “illicit activities such as narcotics, arms, and human trafficking.”

Another effect of poaching was that it “destabilizes communities that depend on wildlife for biodiversity and eco-tourism,” he said.

Offering the department’s first reward under the transnational organized crime rewards program, Kerry said the Xaysavang network “facilitates the killing of endangered elephants, rhinos, and other species for products such as ivory.”

He revealed that several major seizures of illegal wildlife products had been traced back to the network.

The lucrative Asian black market for rhino horn, used in traditional medicine, and ivory has driven a boom in poaching across Africa.

Police in the semi-autonomous Indian Ocean island of Zanzibar on Wednesday said they had seized a 40-foot (12-meter) container hiding an estimated several tonnes’ worth of ivory.

The seizure comes as authorities in Tanzania crack down on poaching amid a surge of killings of elephant and rhino in the east African nation.