The US Treasury Department early Wednesday announced sanctions against four men and a group of companies allegedly linked to drug and human trafficking throughout the region.

A press release by the US Office of Foreign Assets Control said the sanctions revolved around a group based in Hong Kong and Chiang Saen district of Chiang Rai, the Kings Romans Company, a casino operator.

The company operates a well known casino in Laos and has operations in Hong Kong, Laos, Myanmar and China, as well as Thailand, according to the sanctions list. (See infographic below)

The Kings Romans Casino is a hotel and gambling site in Laos, clearly visible from the Thailand side of the Mekong River at the Golden Triangle. 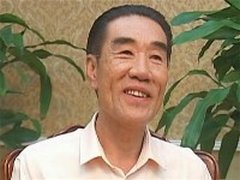 Zhao Wei: Casino and business owner sanctioned along with his wife

Previous press reports have claimed that the casino operates in a “lawless playground”.

The four people and the companies may have knowledge of in international criminal activities including drug and human trafficking, the US press release alleged.

The four sanctioned people, who are barred from doing business in the US, or with US companies or citizens are

The US claims the four are members of “the Zhao Wei translational criminal organisation” (TCO).

“Based in Laos within the Golden Triangle Special Economic Zone (GTSEZ), the Zhao Wei TCO exploits this region by engaging in drug trafficking, human trafficking, money laundering, bribery, and wildlife trafficking,” the US announcement alleged.

“All assets of those designated that are under US jurisdiction are frozen, and US persons are generally prohibited from engaging in transactions with them,” it said.

The US alleged that the group’s front is the Kings Romans Casino in Laos, which it uses as a headquarters and money laundering aid.

“Operating largely through the Kings Roman Casino, the Zhao Wei TCO facilitates the storage and distribution of heroin, methamphetamine, and other narcotics for illicit networks, including the United Wa State Army, operating in neighbouring Burma,” said the sanctions announcement.

“Since 2014, Thai, Lao, and Chinese authorities have seized large narcotics shipments that have been traced to the Kings Romans Casino.” 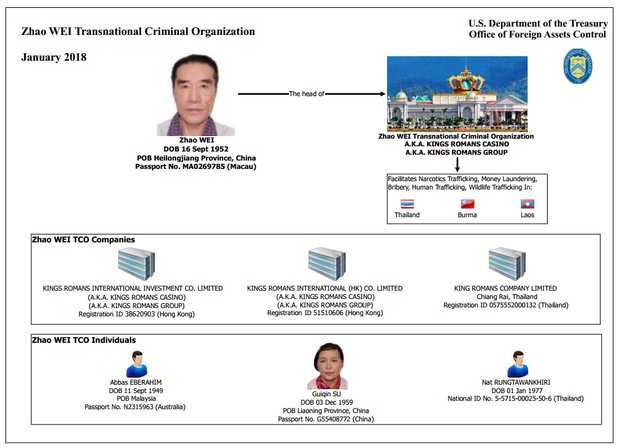 NA President Calls On Judiciary To Tackle Laxity Within Its Ranks
Laos, US Unveil Comprehensive Partnership
Share This Post: