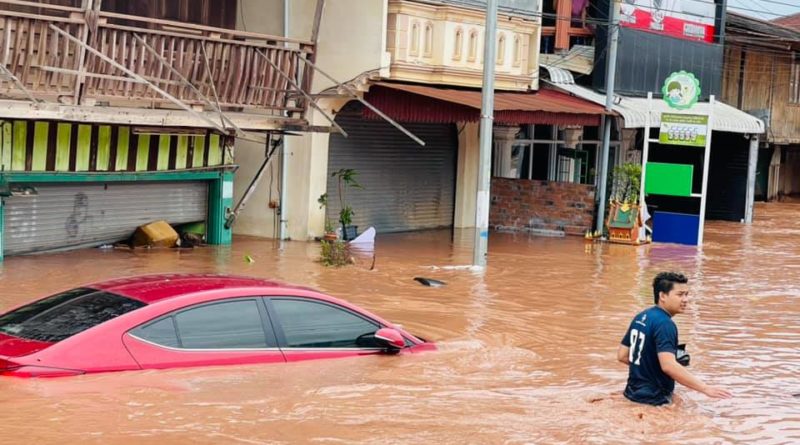 Thousands of people in many provinces are suffering from flash floods after heavy rain in recent days has inundated their communities.

Xayaboury, Bokeo, Xieng Khuang and Vientiane provinces have all been affected by varying degrees of flooding since June 13 and 14. In northwestern Xayaboury province, the swollen Houng River overflowed its banks, swamping riverside villages and partially submerging houses.

Two People Test Positive For Covid-19 Upon Arrival From Abroad
Luang Prabang To Have New Public Park
Share This Post: Coping With Volatile Weather In Laos