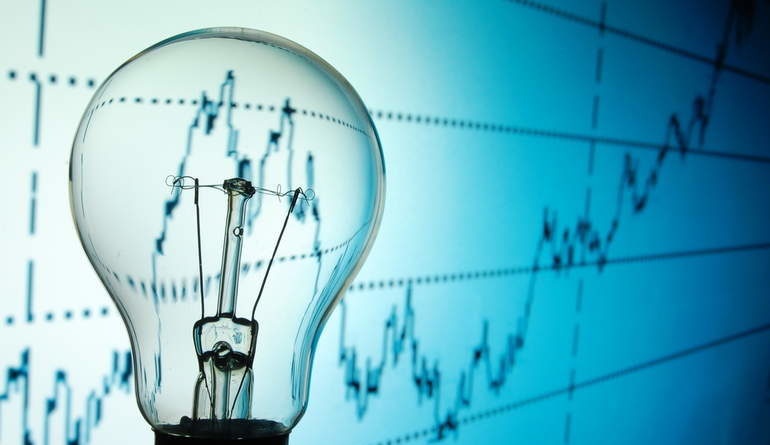 Many Lao people feel they deserve lower prices because the country has built dozens of electricity-generating plants over the years. EDL officials, however, maintain that electricity is already cheap and that people should use it more economically.

To provide an evidence-based picture of electricity pricing and the electricity-generation business in Laos, data from the Bank of the Lao PDR, Ministry of Energy and Mines, Lao National Statistics Bureau, EDL and the World Bank were collected and analysed. (See the link of the data sources at the end of the article).

According to the data, the average price of electricity in Laos increased by about 1.5 percent annually from 2013 to 2018 before seeing a 3 percent drop in 2019 due to a price-restructuring policy designed to lower electricity rates for households that consume less than 150kWh a month, which EDL classifies as poor families. In 2021, EDL raised prices by 2 percent. The energy price is expected to continue to increase in the coming years.

Prices rose despite tremendous growth in electricity output due to massive private investment. In 2019, total output doubled from that of 2013. This indicates that the increase in energy supply does not keep the price of electricity low.

Factors driving the price of power
Factors which influence the pricing of electricity are many ranging from the cost of electricity production, EDL infrastructure expansion, the efficiency of business operations, power loss in system to investment promotion policy.

But the data suggests another key factor: The state-run EDL owns relatively few of the electricity power. Most of the generated energy belongs to commercial investment projects known as Independent Power Projects (IPP) and Small Power Producers (SPP), which set prices based on investment costs and projected profits.

Although Laos has 94 electricity generating plants (2019 data), most of them are dedicated to exporting energy in line with the country’s policy to become the battery of Asean. In 2019, Laos had a total installed electricity capacity of about 9,000 MW, enough to light up nearly all of New York City. As much as two-thirds of this power was dedicated for export.

“There is no difference between the price rates set for the domestic market and sale to other countries,” said Mr Somsack Phrasonthi, a senior engineer at LAPEE Co., LTD and senior adviser of EXP Inc., consulting firms that provide technical support for some EDL and Ministry of Energy and Mines capacity-building projects.

Mr Somsack, a former senior energy official, said that apart from ineffective management of electricity generation growth and the questionable efficiency of EDL operations over past decades, power-purchasing agreements between EDL and private investment projects also put EDL in a difficult financial position, forcing it to increase electricity prices.

“The current power purchase agreement between EDL and private projects is based on the ‘take or pay’ method,” he said, which means the company has to pay for all of the energy whether or not it is needed.

He suggested that EDL should revise its power-purchase policy so it can buy electricity when it needs it or from the projects that can offer lower prices.

According to Mr Somsack, some other developments which may put EDL under financial pressure, such as electricity generation facility expansion and extension by EDL in the past, were carried out without proper studies and analysis technically and economically, especially concerning actual demand and supply. As a result, EDL produces excess energy in the rainy season and faces shortages in the dry season.

As most of the electricity generated comes from hydropower, EDL exports excess energy in the wet season but has to re-import it in dry season when dams face shortage of water and domestic electricity demand increases. EDL also imports energy for use in areas that are not connected to the national grid.

Although a small percentage compared to total consumption in Laos, the amount of re-imported energy tells a bigger story: According to data from EDL, the state-run firm sells electricity to neighbouring countries such as the Electricity Generating Authority of Thailand (EGAT) at a slightly lower price than what it pays to re-import from it.

EDL also imports electricity from the Thailand’s Provincial Electricity Authority (PEA). However, under this deal, the price EDL pays for this imported power makes it almost twice as expensive as imported electricity sourced from EGAT. These power purchasing arrangements may well be contributing to the current electricity pricing in Laos.

“The production cost of electricity in Thailand is probably higher than in Laos because of the contribution of oil and gas generation,” said a senior official at the Energy Policy and Planning Department, Ministry of Energy and Mines, adding that EDL has been negotiating with EGAT to make sure that the export and import price is about the same.

Ms Courtney Weatherby, Deputy Director and Research Analyst with the Southeast Asia Program at the Stimson Center, said another key factor is EDL’s investment in the expansion of national power transmission lines so the agency can purchase electricity from IPPs and distribute it within the country and export it to neighbours.

“The cost of system expansion and maintenance is generally carried by utilities and reflected in the electricity rates charged to consumers,” said Ms Weatherby, who has been observing the electricity business in the Mekong region.

She said that, in most cases, IPP projects mainly serve as electricity producers and are therefore not responsible for investing in new transmission lines.
The senior energy official agreed that EDL’s accumulated debt would make it difficult for the state-run firm to lower the amount it charges consumers.
“The government is looking for ways to keep the retail electricity price as low as possible. However, as long as EDL’s debt pressure is not addressed, I personally think it is not easy for the government to achieve its ambition,” he said.

Buying back power from neighbours
Based on data from the Ministry of Energy and Mines, the proportion of electricity imported by Laos from neighbouring countries continued to increase over the past decade up to 2015 before dropping in 2016 and rising again in 2019 when the country suffered drought conditions.

Observers say Laos may need to continue re-importing electricity to meet growing energy consumption by new investments linked to the launch of the Laos-China railway at the end of this year.

In addition, drought and a shortage of water supplies pose a risk for Laos in the production of electricity for both domestic consumption and export.

Businesses plead for lower rates
The government promotes investment in the knowledge-based economy to generate more jobs and income to free people from poverty. What can be done to lower production costs and make the economy competitive?

For the business community in Laos, one answer would be to lower the price of energy.

“We have been calling on the government to reduce the energy price for hotels or at least offer the same rate as other promoted sectors,” President of the Hotel and Restaurant Association Mr Pakasith Chathapaya said.

He said the government should also reduce the cost of electricity supplied to tourism-related businesses, as these are among the main foreign exchange earners and job creators in Laos.

Data from the Ministry of Energy and Mines shows there are different categories of electricity prices: household consumption, agriculture, education, and entertainment.

For household consumption, it is a progressive rate, which means that people pay more when they consume more. Users of irrigation systems pay less than others at just 448 kip per one kWh as the government wants to promote agriculture.  However, entertainment businesses pay nearly four times more than agricultural enterprises while general businesses pay almost three times more.

Wind and solar power could also play a role
Ms Weatherby from the Stimson Centre noted that using revenue from hydropower exports to subsidise key sectors such as tourism could benefit the economy, but said she understood that it would be difficult for EDL to implement given the existing debt and financial constraints due to transmission line expansion and inefficient business operation.

To maintain power supply stability, she suggested that Laos diversify its sources of power to include more solar and wind energy. The price of both has dropped globally and, based on data collected by the Stimson Centre, the price of these renewables is also getting cheaper in the Mekong region.

Laos still has significant potential to build solar and wind electricity plants, including floating solar projects like those proposed on the Nam Theun 2, and Nam Ngum 1 reservoir as well as wind farms in southern Laos, which are one of the largest renewable development projects in the world.

“All of these projects are good initiatives which could potentially support Laos’ goal of exporting electricity while helping to ensure long-term sustainability,” Ms Weatherby said.

Methodology: To provide a picture of the evolution of electrical prices, data from the Bank of the Lao PDR, Ministry of Energy and Mines, Lao National Statistics Bureau, EDL and World Bank were collected and analysed. The findings show that electricity prices in Laos continue to increase despite growing energy output in the country. Additionally, the author interviewed a government energy official, an engineer with a consulting firm, and a data analyst to review the data findings and explain the factors that shape the price of electricity in Laos.

The following is a link to all data sources: https://docs.google.com/spreadsheets/d/1UfdAurQkvPc_oYOhXHXSPFhj_yEf-MN0-gzsESNFE5s/edit#gid=2069825237.

This article is written by Ekaphone Phouthonesy, senior journalist and editor of Vientiane Times, with support from the Mekong Data Journalism Fellowship jointly organized by Internews’ Earth Journalism Network and the East-West Centre.