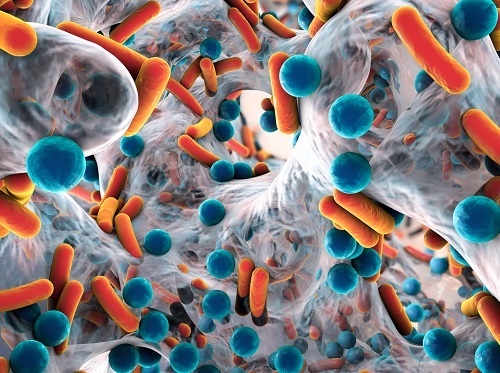 Laos and other countries around the world have pledged to take immediate action to combat the spread of antimicrobial resistance (AMR).

Globally and in the region, the pledge to combat AMR was made with the support and collaboration of the Food and Agriculture Organisation (FAO) of the United Nations, the World Organisation for Animal Health (OIE) and the World Health Organisation (WHO) in a tripartite partnership.

WHO Representative to Laos Dr Juliet Fleischl emphasised the urgency of the issue this week, saying “We are beginning to see cases of resistance to antibiotics of last resort being reported in many countries. If we do not address antimicrobial resistance now, doctors and nurses will be empty-handed against a growing number of serious infections. WHO is committed to helping the government of Laos prepare to meet this challenge. But AMR cannot be addressed by the health sector alone.”

FAO Representative to Laos Dr Stephen Rudgard said “FAO is happy to be part of this strong partnership with WHO and OIE, taking its part in supporting agricultural agencies in the country to play their roles in monitoring antimicrobial usage in the sector and taking corrective action where needed.”

OIE Regional Representative for Asia and the Pacific, Dr Hirofumi Kugita, said “The three organisations collaborate closely at the global and regional level to help their member countries implement sustainable changes in their use of antimicrobials, in particular through the implementation of OIE international standards. To achieve such a change of practices, inter-sectoral coordination between the public health and veterinary sectors is essential to lead member countries to take harmonised actions and long term commitments against antimicrobial resistance.”

The tripartite partnership between FAO, OIE, and WHO reaffirms a wider commitment to combat AMR and increase awareness about the scale of the problem in order to stop the emergence and accelerating misuse of antimicrobial medicines in both humans and animals.

The collaboration between human health, animal health and environmental health sectors is of critical importance to address AMR.

Starting last year, the Antibiotic Awareness Week has been observed in November to raise awareness about the effects of AMR on humans, animals and the environment, focusing on encouraging public and animal health professionals, including pharmacists and veterinarians, to prescribe or dispense antibiotics more cautiously.

To mark the occasion this year, Laos is holding its first multi-sectoral workshop on combatting AMR, with the Ministry of Agriculture and Forestry and Ministry of Health co-hosting the event. The workshop brings the animal and human health sectors together to work on developing a national action plan for AMR.

The three agencies have stressed that, in order to avoid an international catastrophe, this global collaboration will need to be accompanied by political will and strong, coordinated action.