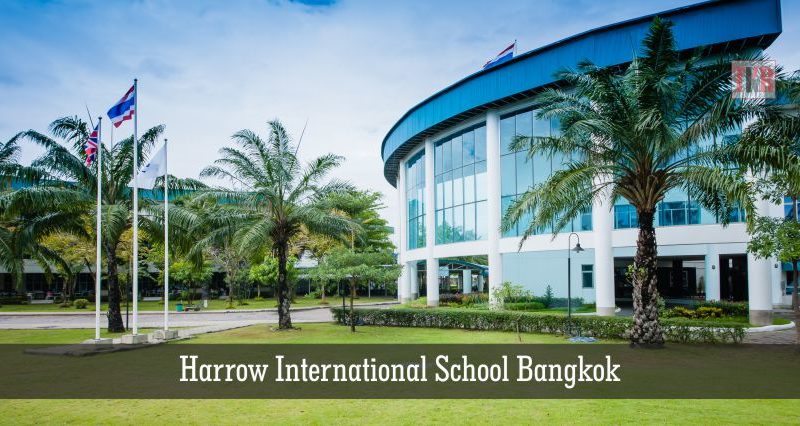 The headmaster of the prestigious Harrow International School in Bangkok told a press conference yesterday that 60 of its staff members were in quarantine due to travelling to countries deemed risky in connection with the Covid-19 virus outbreak.

The teachers traveled during the Don Muang school’s half term break.

Mr Jon Standen further admitted that 300 students were also in 14 day quarantine following half term trips with families and a further 200 had not gone to school “presumably because of anxiety”.

The school has decided to close from now until Monday March 9th when it hopes to reopen.

Mr Standen said that the decision to close was due to there not being enough staff and that it was “incredibly difficult to run the school safely”.

The staff and students will have completed a 14 day quarantine by March 9th.

The school also said that it was prompted to close after a Thai school in the area shut because a student and their family were infected.

Mr Standen stressed that there was no one at the school either student, parent or teacher who was infected.

He said that the quarantined teachers and students were on private half term trips not school trips. Earlier reports that emanated from the Secretary General of the Private Education Commission Attapon Truektrong erroneously suggested that they had taken part in school trips.

Some foreign trips for students organised by the school recently were cancelled though “expeditions” inside Thailand went ahead as planned.

Sources at the school said that pre-half term warnings were made about travel to some countries such as China but advisories had escalated in the meantime.

Director of Operations Mathew Rees said that Harrow would be performing an extensive deep clean during the closure.

Harrow has been in Bangkok since 1998 and moved to its present campus in the Sikan area of Don Muang several years later. It is connected to the famous Harrow School in London and has several branches throughout Asia including in Shanghai, Beijing and Hong Kong.

Elsewhere other international schools in central Thailand were preparing measures in response to the Covid-19 situation.

The school has issued an online “self-declaration” form and the closure will help in processing those forms and be used for teachers to prepare plans for possible online learning in the future.

Dr Davies said that the school will only close for longer if ordered to do so by the Thai authorities or if someone on their campus is confirmed to have the virus. There have been no cases.

The school had been closed for half term  meaning that some on the campus might have travelled to countries at risk. ISB has a roll of 1650 students of whom 26% are Thai and the rest foreign nationals.

Their community is regularly updated with information and those who have been to highly infected areas like China, Japan and South Korea are required to self declare and go into 14 day voluntary quarantine.

Like most schools Bangkok Patana School in the Bang Na area of the capital is issuing regular updates but no closures have been mentioned there.

However, overnight trips involving interaction with children from other schools have been cancelled as have sporting events. Patana is the biggest international school in Thailand that caters to a largely British clientele.

In the Pattaya area The Regents was closed on Friday and parents were expecting further information later in the day. Their website said that the closure was a “precaution” and they stress that no cases of the virus were found there.

Rugby School is open as normal though an open day in March has been cancelled. Parents, students and teachers who have travelled to any of nine countries designated by the Thai authorities must go into voluntary quarantine.

Other schools have been contacted but have yet to report their arrangements regarding the virus outbreak.

Thai schools are about to begin long “summer” holidays that will stretch through Songkran until May but for international schools this period is normally business as usual.