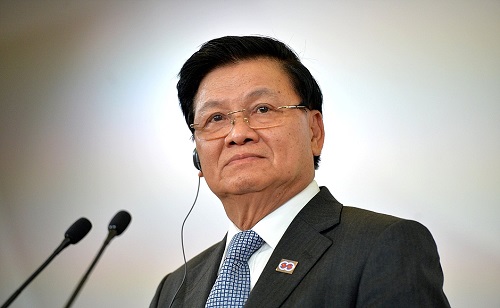 Party Secretary General, Mr Thongloun Sisoulith has become the new President of the Lao PDR, replacing Mr Bounnhang Vorachit after the inauguration session of the 9th legislature of the National Assembly elected him as head of the state this morning.

The NA conference also elected Dr Phankham Viphavanh, a politburo member as the Prime Minister of the Lao PDR.

After assuming the state presidency, Mr Thongloun vowed to actively work with Party and state leaders and Lao people to create conditions for stability, national economic growth and poverty reduction in the country. He also promised to respect the constitution, laws as well as protect legitimate interests of the Lao people.