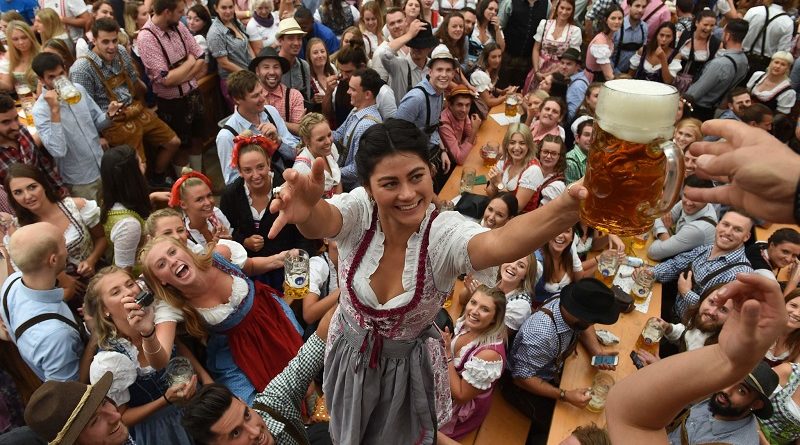 A new study says a warming globe will be bad news for barley, an essential ingredient in the world’s most popular alcoholic beverage.

If horrific hurricanes and a new, scarier-than-ever United Nations report don’t change attitudes on climate change, perhaps a new report on barley will.

A small international team of scientists considered what the effect of climate change would be for this crop in the next 80 years, and they are raising an alarm they hope will pierce the din of political posturing.

They are predicting a beer shortage.

In a report in Nature Plants, researchers in China, Britain and the United States say that by the end of the century, drought and heat could hurt barley crops enough to cause intense pain to beer drinkers. Imagine a worst case of a 20 percent drop in supply in the United States, or a doubling of prices per bottle in Ireland. That’s no abstract end of civilization talk; that’s an empty display case at the Stop ’N Go.

Of course it may seem odd, almost irreverent, to concentrate on a cold, foamy recreational beverage, given the damage, real and potential, of climate-influenced natural disasters. Christopher Field, faculty director of the Stanford Woods Institute, who was not involved in the study, said that the report was based on a “solid analysis.” But he wrote in an email, given what is going on in terms of climate change, “It feels a tad trivial to talk about beer.”

One can only ask: to whom?

From Ireland to England, China to the Czech Republic, the love, or “like” of beer has made it the most popular alcoholic beverage on the planet. That is by volume consumed, and what other criterion would you use?

One of the authors, Dabo Guan, of Tsinghua University in Beijing and the University of East Anglia, Norwich, said the report was directed at the richer countries of the world, like the United States, to suggest that climate change will hit everyone, not just the poor, who could suffer dire food shortages.

The idea for the study came up at — where else? — a bar, Dr. Guan said. It was after a day at a scientific meeting in China, and a few participants had gotten together, including climate scientists, a crop modeler and himself, an economist. His own work, he said, is on international trade. The group had a lot in common, he said: “We all love beer.”

“We started talking about the agricultural impact of climate change, about food and then beer,” he said.

They decided to put together mathematical models of the impact of climate change on barley crops with models of international trade. Seventeen percent of barley is used for beer, he said, while the rest goes mostly to animal feed.

The group even came up with a term for beer and some of the other commodities they may study in the future like coffee and chocolate: luxury essentials. You don’t need them to survive, but if you are rich enough to be living in the developed world, you do need them.

Dr. Guan also said that the focus should not be on the study’s precise numbers, because the models assume today’s economy. Many things can change. But, he said, the effects are clear.

With particularly bad droughts, for example, the price of a bottle of beer in Ireland might double. In the Czech Republic, it could be six or seven times as expensive.

That won’t happen if Anheuser-Busch has anything to say about it, however. Jess Newman, the company’s director of agronomy in the United States, said, “We take climate uncertainty very seriously.”

To that end, she and her staff keep an eye on climate predictions, breed new strains of barley, and collect data on their own farms and those of suppliers in Montana, Idaho and North Dakota, to determine best practices. “The barley nerds are on the case,” she said.

In terms of how the public should take the news, Dr. Guan was adamant on one point: “Our aim is not to encourage people to drink more beer now.” A good caution, since that might well be the policy solution favored by beer drinkers faced with a possible shortage 80 years in the future.

No, he said, sounding a bit like a preacher in a pub: “Climate change mitigation is the only way. Everybody in the world needs to fight.”

James Gorman is a science writer at large and the host and writer of the video series “ScienceTake.” He joined The Times in 1993 and is the author of several books, including “How to Build a Dinosaur,” written with the paleontologist Jack Horner.