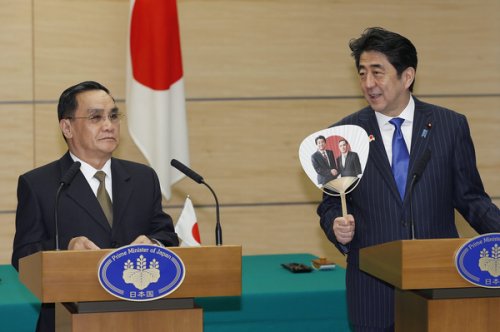 The Japan External Trade Organization on Monday held an opening ceremony for its Laos office in the capital city of Vientiane.

The new office, expected to be fully operational in July, will be the 74th overseas base and 10th in Southeast Asia for JETRO, a public body which supports foreign investment by Japanese businesses through its network covering 56 countries.

“We will promote investment from Japan and the growth of local industries,” JETRO Chairman Hiroyuki Ishige said at the ceremony.

In recent years, Laos has been attracting Japanese corporations and the number of Japanese companies operating in the country increased to over 100 in 2013 from 77 in 2012, according to JETRO.