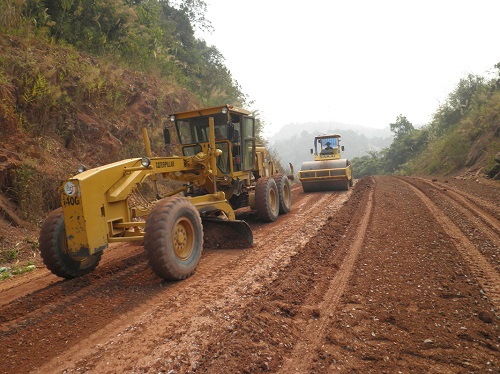 Prime Minister Thongloun Sisoulith has stressed for land to be the main focus of transportation development in the country, calling for careful decisions on every water and air transportation project.

Mr Thongloun put this direction in his address at the annual meeting of the Public Works and Transport sector, which closed yesterday.

He praised the sector for their achievements made over the past forty years or more, which he says has seen huge differences in infrastructure development in comparison to the time before the nation had gained its liberation.

He reminded the meeting’s participants, some of whom were leaders and officials from the Ministry of Public Works and Transport, Ministry officials in retirement and business people, about the government’s efforts in turning the country from landlocked to land-linked and a transportation hub in the region.

A mega project in this regard, PM Thongloun mentioned the Laos-China Railway, the expansion of the 3.5 km Laos-Thailand Railway to 7.5 km, and a plan to build a railway to connect Khammuan province’s capital to a port in Vietnam, among other projects.

He also revealed information around his recent meeting with the deputy prime ministers, where they had talked about continued cooperation with Thailand on the development of a road system valued around 2 billion baht.

‘From the geographic specification of our country we have to focus on land transportation as the key to the heart of transportation, traveling and tourism,’ PM Thongloun said.

He called on the Ministry to improve the quality of road infrastructure, through good planning and the completion of any road projects that had begun but to avoid the implementation of many projects at the same time but having none of them completed.

Around Build, Operate and Transfer projects, the prime minister said that alternative choices should be available aside from the existence of a toll way.

Regarding water transportation, Mr Thongloun was asked if it could be an option for the country to which he called on the Ministry to consider the matter carefully, pointing to the Mekong River as the “Mother of property” and the “Mother of life” to people in the region.

“Do not do any unreasonable projects on the Mekong River. Let it be the river of life, it’s enough for small boats to float on it,” he said. Pertaining to air transportation, Prime Minister Thongloun said he appreciated Lao civil aviation having received the certification from the International Civil Aviation Organisation on universal safety after scoring 73 percent on their audit.

Meanwhile, he did comment that the services in Lao civil aviation were far behind other countries in Asean and called for the improvement of service quality to be taken into account.

He also stressed for concrete studies on any plans for airport construction, pointing to some airports being constructed in provinces that have no demand for passenger flights.

Around urban planning and housing, Mr Thongloun suggested that old architecture should be conserved while the country should also develop more modern buildings as well.

He also called on the Ministry to be stricter on the rules preventing unregulated construction of residences and the violation of town and city plans.

Lao Tourism Income To Decline At Least US$350 Million In 2020
Finance Ministry Unveils 10 Measures To Boost Revenue For 2017
Share This Post: