Mr Bounnhang, who is the current state President and whose five-year term as state leader is about to end, held the position as Party Secretary General for five years after being elected in 2016.

In recent history, the Party leader also holds the position of state President.

As Mr Bounnhang’s presidency and current government term near their conclusion, the National Assembly (NA) is expected to convene in the coming month or months following its general election slated for late February.

The NA’s ninth legislature will elect a new state leadership including the president and prime minister, and approve a new government cabinet.

Mr Thongloun is expected to be elected as state president if the above mentioned custom is maintained.

PM Thongloun was elected as Party leader by the inaugural congress of the Party Central Committee (PCC), whose members were newly elected at the three-day 11th National Party Congress which ended on Friday.

The National Party Congress is held every five years and elects a new Party leadership to lead the overall tasks of the nation for the next five years.

The PCC’s inaugural congress also elected 13 members of the Politburo – the top body in Lao politics. These increased by two compared to the previous 11 members.

The inaugural congress elected nine and seven members to the PCC’s secretariat and inspection committee respectively.

Those elected to core Party posts currently hold key positions in state bodies and are expected to do so for the next five years.

Thailand’s Roads Remain Some Of The Deadliest In The World
Single Entry Tourist Visa To Thailand Now Requires Foreigners To Show Funds Of 500'000 THB
Share This Post: 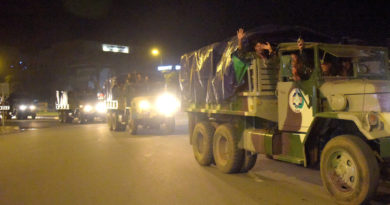