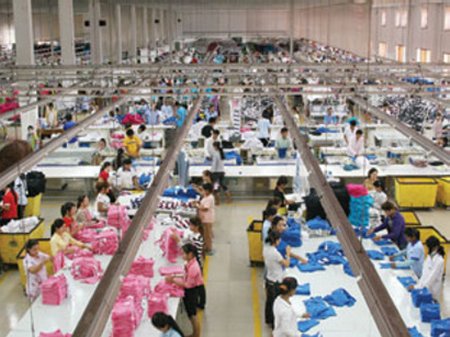 Balancing the available workforce with the reality of the job market, which includes hiring workers for new jobs and reshuffling officials into new positions, has fallen far short of the annual target, the government told the National Assembly recently.

However, the government will strive to place 143,000 people in new jobs and positions in 2017 and maintain the unemployment rate at 2 percent, Minister of Planning and Investment Dr Souphanh Keomixay told parliament’s ongoing ordinary session.

Over the first 10 months of the 2015-16 fiscal year, thousands of new jobs have been created in Laos with at least 2,468 being created through labour recruitment agencies.

In addition, Lao nationals have been sent to work in neighbouring countries while those already there without legal documents have been legalised, bringing the combined number of workers to 45,768, the minister said.

The labour recruitment system has followed the government’s goal to promote the industry and service sectors.

To meet next year’s target and create more jobs, the government will attempt to provide vocational training for 131,600 people in order to keep the unemployment rate at 2 percent, Dr Souphanh told parliament.

He presented a report that summarised the implementation of the first 10 months of the socio-economic development plan, expectations for the plan for the whole year, and the plan for 2017.

Minister of Labour and Social Welfare Dr Khampheng Xaysompheng admitted that the workforce lacked adequate skills and that Laos suffered from a shortage of skilled technicians.

He told parliament his ministry would work hard to address the issue and pledged to draw up the necessary regulations to facilitate labour skill development by regulating vocational training centres and setting up new centres among other initiatives.

By 2020 when the population is expected to reach 7.3 million people, it is estimated that the workforce will comprise as many as 4.7 million people representing 64.5 percent of the total population.