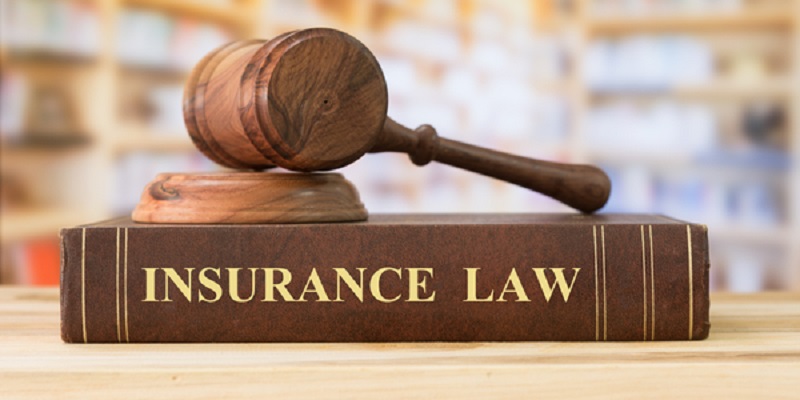 The newly amended Law on Insurance was published in the Electronic Official Gazette on March 30, 2020, and has been in effect since April 15. Existing insurers are allowed three years to comply with the new requirements, as provided in the amended law. As for insurance and reinsurance companies not yet established in Laos, new insurance business licenses remain suspended under a 2016 notification.

Following on from 2018 regulations for insurance business operations, reporting requirements, and risk prevention measures, the amended law addresses insurance activity in Laos, insurers’ daily operations, and termination and liquidation of an insurance company.

The Law on Insurance defines the two main types of insurance in Laos as life insurance—to which the bulk of the amended law is dedicated—and “general insurance.”

These three categories of life insurance policies are newly provided in Lao law and provide clarity on what types of policies an insurer can offer. The four types approved in the law are whole life insurance, term life insurance, savings insurance (whereby the insurer pays an indemnity upon the death of the insured or at the end of the term defined in the contract), and retirement insurance (also commonly called annuity insurance).

Other life insurance policy types may be allowed; however, they must be approved by the Ministry of Finance (MOF) prior to being introduce to the market.

A notable addition to the compulsory third party liability and property insurance list is hydroelectric dams, which comes in response to the dam collapse that occurred in Laos in July 2018.

• transportation of goods and passengers by land, waterway, and air;

Unless specified otherwise in the insurance contract, indemnity payments must be made within 15 days from the receipt of a claim made by the insured—a reduction from the former allowance of 30 days.

Payment of an indemnity may be requested within three years of the insured event occurring or becoming known to the policyholder (as opposed to one year under the former regime), unless otherwise specified in the contract, and not including periods of force majeure. If a third party requests that the policyholder compensate for damages covered by an insurance contract, the time limit will be counted from the date of the third party’s demand.

Transfer of an Insurance Contract

The newly amended law eases the transfer of responsibility for an insurance policy from one insurer to another. The transfer may now proceed upon agreement between the policyholder and the insurer. Previously, only the insurers had to form an agreement, which had to be approved by the MOF.

Transferred insurance contracts must be of the same type of product, must leave the contractual rights and obligations unchanged until the term expires, and must be received by an insurer that observe the financial stability and insurance premium reserves set out in the Law on Insurance.

A series of amendments lay out requirements for carrying out insurance business activities in Laos.

Establishing and Maintaining an Insurance Business

The newly amended law allows insurance businesses to be structured as public companies listed on the Lao Stock Exchange or as limited companies.

As stated earlier, existing insurers are allowed three years to comply with these new minimum registered capital amounts. Insurers who fail to comply with these requirements may have their business license suspended. If the situation continues to go unresolved, the license will be revoked.

To begin operations, an insurer must also have a guarantee deposit of at least 20 percent of the minimum registered capital, in cash, in any commercial bank in Laos deemed financially stable. The insurer can collect interest from the guarantee which is deposited in the commercial bank. Upon winding up the entity, the guarantee can be withdrawn only upon approval of the MOF.

Other new requirements pertain to seeking MOF approval for certain structural changes to the insurer. A change in the shareholding structure of an insurance or reinsurance company that results in a shareholder holding 50 percent or more of the total shares must be approved by the MOF. Likewise, mergers must also be approved by the MOF. The ministry will also coordinate with the Business Competition Commission to issue, through the media, a public announcement of the proposed business merger. Insurance buyers and other stakeholders will be able to oppose the merger within 30 days of publication.

The amended Law on Insurance introduces the concept of imposed or forced transfer of all or part of an insurance policy if an insurer demonstrates financial problems, such as inability to pay debts or maintain the required solvency ratio. In such a scenario, an insurance policy transfer may be one of the first measures taken by the MOF, along with suspension of insurance business activities.

If an insurance or reinsurance business is still unable to resolve its problems even after being suspended or ordered to transfer insurance contracts, the MOF may take control of the company by doing any of the following:

When the relevant problem has been resolved, the MOF will first notify the company that they are ready to return control, and will then issue a written notice stating that the problem has been resolved to officially end the MOF’s control of the company. If, on the other hand, the company remains unable to meet its financial obligations after the MOF has taken control, the ministry may file a lawsuit for further consideration under the law.

At any of these stages, a company’s actions to right their finances—such as loans and guarantees for repayment—will require permission from the Ministry of Finance.

The law’s new financial and accounting requirements briefly excerpt more detailed regulations published in 2018, under which insurers must be audited each year by an independent auditing firm, approved by the MOF, which will also assess the documents and activities described therein and report any violations.

Insurers and insurance brokers must comply with financial reporting obligations stipulated in the Law on Accounting and in related regulations of the MOF. Additional financial statements may need to be submitted to the Ministry of Finance in case of notable changes to business operations, financial difficulties, and requests from the MOF.

One important reporting provision is that insurers (including parent companies and subsidiaries) must disclose quarterly and annual financial reports—as well as other information indicating the insurer’s financial stability—on their website or via other publicly accessible channels.

Also, an actuary must be used in activities such as calculating insurance premiums, assessing debt repayment capacity, creating actuarial reports, and so on.

The amended law has a dedicated chapter for dissolution, insolvency, and liquidation. An insurance company may be dissolved either voluntarily or as a result of legal action initiated by the MOF in response to unrectified legal violations, fraudulent establishment of the entity, or incurring repeated losses from failing to follow the company’s previously provided five-year business plan.

Once the company is dissolved or declared insolvent by the court, the MOF will appoint a liquidation committee to plan and carry out the dissolution process, take control of the operations and property, nullify any company contracts that were made incorrectly, report to the MOF on the liquidation process, and oversee financial activities such as protecting company assets and paying debts, among other things.

Debts during the liquidation will be paid according to a prescribed order of priority as follows:

Entry into a liquidation procedure will also result in a six-month extension of company contracts, suspension of new or recent asset freezes, and suspension of shareholders’ rights except to claim remaining shares after liquidation.

Regulatory Environment for Insurance in Laos

The regulatory landscape for the insurance industry has undergone major transformations in recent years, starting in 2018 with regulations on the governance, reporting requirements, and solvency standards of insurance and reinsurance companies. The amended Law on Insurance likewise aims to foster a sound and robust insurance industry. This is evidenced, for example, by the proactive role that the MOF may now have in some internal insurance company decisions (e.g., merger, change of shareholders, etc.). Also, the greater clarity on life insurance policies that may be offered to consumers in Laos should spur the adoption of life insurance in Laos.