The UK Foreign Office has warned travellers of a rise in violent bag snatching and muggings in Laos, a country known for its traditional values and sleepy atmosphere

The idea that tourists are increasingly becoming the targets of crime is perturbing but coincides with a growing interest in visiting the landlocked country.

Overall, levels of crime in the country are still low and the Foreign Office has warned that local law enforcement responses to crimes, even violent crimes, are “often limited or non-existent”.

But it announced last week that: “Petty crime, including bag snatching, occurs frequently and is becoming increasingly violent, especially in tourist areas.”

It advised travellers against placing bags in the front basket of bicycles and said there is a significant increase in theft and violent crime in the lead up to local festivals and events like Lao New Year in April, the end of Buddhist lent in October and a boat racing festival during September and October.

“Be particularly vigilant travelling at night by bicycle or motorcycle, especially if you’re alone,” it said. “Stick to well-used, well lit roads and carry a personal alarm if possible.”

There has been an increase in reports of violent muggings with guns and knives in Vientiane, especially at night,” it continued. “Be aware of your surroundings and avoid unlit roads, especially if you’re alone.”

Tour operators still perceive the country as safe and one of South-East Asia’s better kept secrets, however.

“There has been an increase in tourists so it is not a surprise really,” said Karl Sell, a director at Selective Asia. “But Laos is one of the safest countries in the region. It still receives just a fraction of the tourists its neighbours experience, which is why we all love travelling there.”

There have been concerns in the past that the behaviour of some tourists might clash with the conservative sensibilities of Laos’s largely rural communities.

The destination of Vang Vieng was for years popular with backpackers who liked to float down the river on inner tubes, often drunk on strongly alcoholic cocktails. The sight of tourists walking around in nothing more than their bikinis led the Government to produce a billboard advising tourists to smarten up their act. 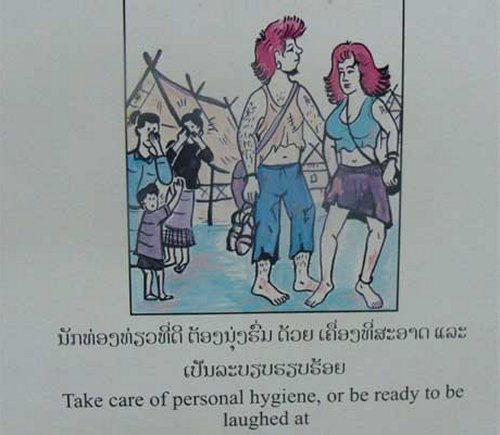 The frequency of accidents caused by inebriated people leaping from rope swings also contributed to the area’s tacky reputation as some kind of Khao San Road-esque waterpark.

But this beauty spot, with towering limestone rock formations that rise out of lush green fields, has been going steadily upmarket in recent years.

“Vang Vieng has been completely cleaned up now as the government has invested in two-, three- and four-star accommodation,” said Mr Sell. “The Lao government is realising that allowing that scene to exist was doing more harm than good. Now there is a focus on responsible tourism which is better for everyone.”

He said the building of new roads is opening up the country for tourists. “Our new Backroads of Laos trip takes what would have been a three-week itinerary to the Phonsavan region, and turns it into something that can be done in four days.”