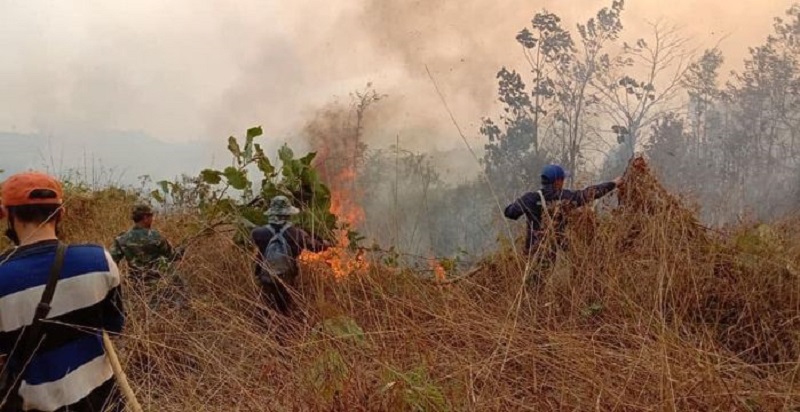 The COVID-19 movement restrictions have had one good side-effect:  the air is cleaner and clearer everywhere.  Everywhere?  Not quite!

In South East Asia, especially in Northern Thailand and Laos, the air quality index has reached its annual peak of over 200 and Particulate Matter (PM) 2.5 was recorded at 104.9 µg/m3 on 1st April. On the same day, AQI in Luang Prabang was 284.2 µg/m3, significantly higher than healthy levels which are below 101.   People who breathe in bad air regularly are also said to be more susceptible to COVID-19 as their lungs are already compromised.

Reduced levels of transportation on sea, land and in the air has given China its greatest decline of carbon emission in 3 years and citizens can see clear blue skies once again.  India where 21 cities are the most polluted in the world also saw its silver lining of the lockdown with 91 cities in the country recording air quality in the ”good” and ”satisfactory” based on the Central Pollution Control Board.  The before and after pictures of New Delhi and the Taj Mahal are striking.

At the same time, forests in South East Asia continue to burn and just like the virus, the resulting haze knows no boundaries.  Chiang Mai, known for its beautiful ancient temples and striking mountainous landscape around the city has been shrouded in hazardous haze due to multiple forest fires.  Its air was among the worst in the world a few days ago.

As the winds from the Chiang Mai region waft over the mountains to Lao PDR another tourism destination was shrouded in air to be cut.  Views across the Mekong river were not possible through the thick smog, as a forest fire burnt close to the city.   Several provinces in Laos reported forest fires including in National Protected Areas with some of them having started accidently and quickly spread in the dry brush which has not seen rain for several months.

March and April are the months in which some farmers across Laos and neighboring provinces resort to slash and burn practices handed down from their ancestors.  While a ban is in place in Laos, for many farmers there is no better alternative to earn a meagre living.   The return of many migrant Lao workers has contributed to more farm hands being available but also to more mouths to feed.

22 April marks International Mother Earth day.   The same way as we humans require our lungs to breathe, the earth needs us to protects her lungs, the forests and the oceans.   The world has shown that we can take decisive action by putting health before wealth.   We need to show the same resolve when looking after our planet.  The pre-COVID-19 ways of our economy were clearly not sustainable.  Putting wealth before health created a polluted planet, though the Fridays for future movement of 2019 has shown us that there is a different way.   “Building back better” needs to be replaced by “creating forward sustainably”, which focuses on making sure that we do not revert to the ways of the past, but use this precious moment of reflection that the COVID-19 pandemic has forced on us to reevaluate our actions and values.

Lockdown Extended Until 03 May !
Laos On The Rise After Taking Down Singapore & Philippines At AFF U-19s
Share This Post: