Many regions across the country are expecting thunderstorms and strong winds with the public being urged to be on alert until April 26, the Meteorology and Hydrology Department announced on April 20.

The department, under the Ministry of Natural Resources and Environment, issued the forecast highlighting the danger of thunderstorms and strong winds, including the northeastern provinces of Phongsaly, Huaphan and Xieng Khuang with temperatures ranging from 16C-32C.

The Thai Meteorological Department reported from 22-25 April that a rather strong high-pressure system from China would extend from the northeast of Thailand to the South China Sea with hot to sweltering conditions likely in upper Thailand.

Outbreaks of summer storms are forecast for upper Thailand, first in the northeast and then further afield. Lightning strikes and gusty winds will accompany the storms with hail possible for some areas of the neighbour’s north, northeast, east, and central regions.

People should stay safe from the severe weather conditions by avoiding the outdoors, large trees and unsecured buildings while farmers should take action to prevent crop damage, according to the Thai Meteorological Department’s website. 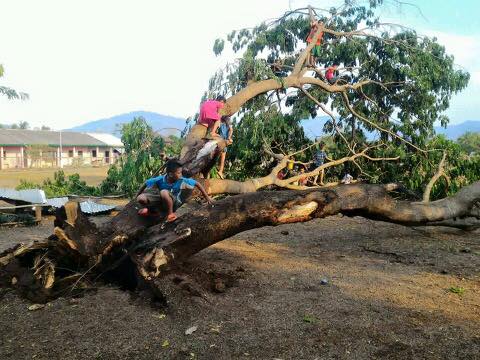 Storms Batter All Parts Of Laos Public Warned To Be On Alert After Mekong River Rise