Reports of a ‘crackdown’ on border runners along the Thai/Cambodian border first started surfacing over the weekend when several Thaivisa members posted about not being allowed to re-enter Thailand on visa-exempt entries.

On Monday evening, Thaivisa spoke to an Immigration officer based at Chaeng Wattana who confirmed that renewals of 15/30 day visa exempt entries are not allowed.

The source, who did not want to be named, also said that this apparent ‘crackdown’ is actually nothing new and stressed that foreigners are not permitted to stay in Thailand on renewed 15/30 day visa-exempt entries.

Instead, any foreigner wishing to stay in Thailand beyond 30 days should ensure they have the correct documentation, such as a valid tourist visa, Non-Immigration or extension of stay based on marriage, work, education, retirement etc.

This latest news does not affect those people with valid tourist visas or those who are on multiple entry Non-O, Non-B.

This ‘crackdown’ only applies to those people who stay in Thailand on visa exempt entries, without valid visas, and therefore have to complete a border run every 15 or 30 days.

Thaivisa understands that because Thailand is currently in a state of heightened security following the Bangkok bombings, government officials have informed all Immigration offices and border checkpoints nationwide to carry out rigorous checks on foreigners trying to enter the Kingdom and ensure that all foreigners do so with the correct visa documentation.

Foreigners entering Thailand can also be expected to provide information on where they will be staying in the Kingdom, as well as items such as a valid travel itinerary, if requested to do so by Immigration officials. 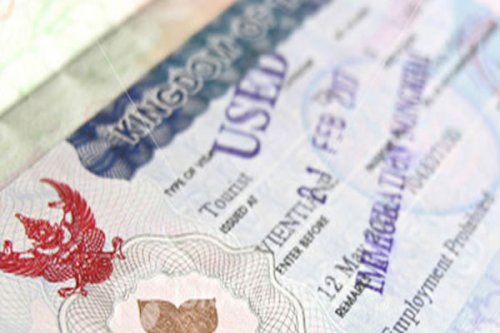